Siedah Garrett Taps Common To Shift Our Perspective On ‘G.H.E.T.T.O.’ & Inspires Us To ‘Carry On’ 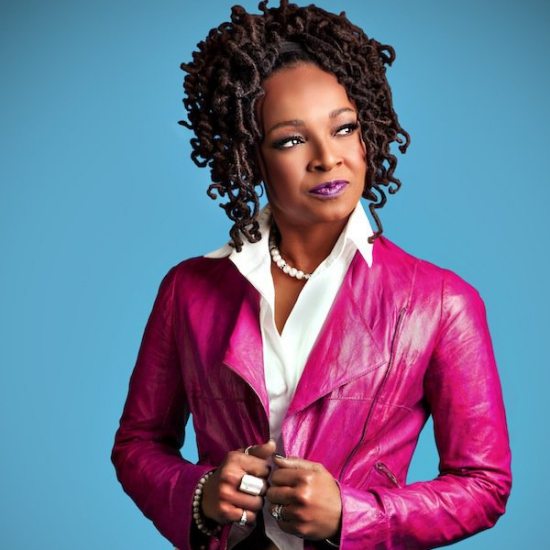 Whether it be behind the scenes or in front of the mic, Siedah Garrett has always been a musical force to reckon with. The singer-songwriter, featured on classics like "Don't Look Any Further" and "I Just Can't Stop Loving You," is making waves once more with two brand new singles that not only sound great but also aim to raise awareness concerning two issues close to her heart.

First up is her Common-featuring single "G.H.E.T.T.O." The soulful, introspective number isn't necessarily about growing up in the projects as it is an uplifting anthem about not letting your surroundings predict your trajectory. "G.H.E.T.T.O. is a state of mind," she sings on the song's chorus. "G.H.E.T.T.O. is a place inside / Doesn't matter where you're from / Only thing that matters is where you end up." She furthers illustrates her point with two bookend stories. One is of a man born in the slums who, despite humble beginnings, earns the Nobel Prize. The other is about a man born with a silver spoon who's hell-bent on destroying his life and eventually ends up in prison. Backing her message is a mid-tempo, piano-driven backdrop that lends a serious tone to the proceedings without taking it into dramatic territory. The addition of Common, while not needed, is welcome as he provides the story of a young woman persevering despite the odds as he helps Siedah drive home that "greatness happens even though there's oppression."

"Carry On" is a number that's a bit more straightforward pop. The track is all about finding the fight inside to keep keepin' on despite the obstacles that stand in your way. Piano and guitar keep the main melody of the song, with the rumble of electric guitar providing a little extra support during the motivational chorus. "I still got some fight in me / Will to survive in me / Faith is alive inside of me / And it keeps me going strong / To carry on," she sings with enough enthusiasm and inspiration to get even the most despondent on their feet. Proceeds from "Carry On" will go toward the Race To Erase MS, for whom Siedah performed at a recent gala and publicly revealed that she also suffers from multiple sclerosis for the first time since her diagnosis five years ago.

Just a listen to each song reveals why Siedah Garrett is legendary both as a singer and songwriter. You can stream both "G.H.E.T.T.O." and "Carry On," which are available for purchase on Siedah's website, below.