SiR Paints A Deadly Picture In ‘The Canvas’ 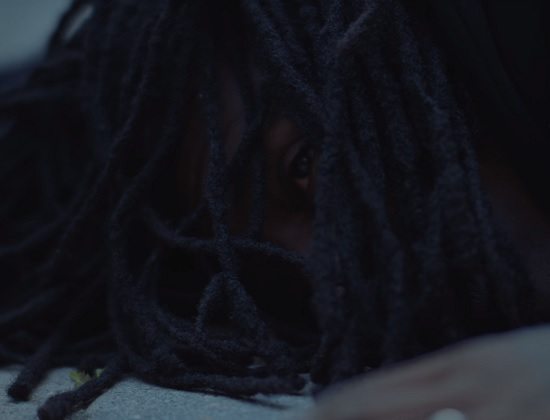 What's going on at camp TDE? While the label's creative output has been top notch as of late (Kendrick Lamar's DAMN., SZA's latest single "Love Galore," SiR's Her Too EP), the themes of their visuals have been rather dark. We mean, "Love Galore" ends with some strange woman murdering Travis Scott, for heaven's sake. The lethal theme continues with SiR's video for his Her Too track "The Canvas."

The song, with its Timbaland-inspired production, is all about building a woman up after another man tried to tear her down. However, the video doesn't reflect that theme at all. Instead, we're shown SiR lying face down in a pool as he sings. What at first just seems like a cool shot is revealed to be something far more sinister once we see a beautiful woman sitting poolside in a curve-hugging orange swimsuit and caressing a gun by her side. We soon realize the woman with the supermodel good looks is in actuality a hitwoman who has seemingly executed the singer. After a quick outfit change, the impeccably dressed assassin sees that SiR has crawled out of his watery grave. She can't have that happen, so she tracks him down and finishes the job, letting off one final gun blast before speeding away from the scene of the crime.

We're not sure what SiR might be trying to say with the video, but it's a least beautiful to look at. Check out SiR's latest visual below.