SoulBounce Exclusive: Latoya Cooper Has Something To Say On ‘Hear Me Roar’ 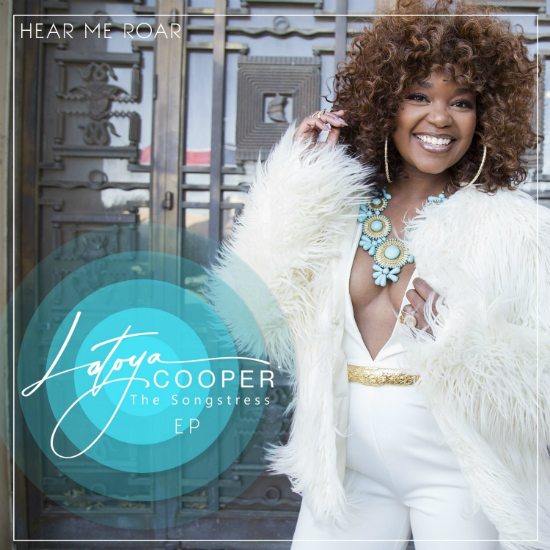 Life comes at you fast, but sometimes you just need to slow down and take some time to regroup, reflect and refocus. That was the case for singer, songwriter and guitarist Latoya Cooper who is releasing her first new project in four years after experiencing some personal ups and downs. Judging by the first single, the title track from her EP Hear Me Roar, the Dallas-based talent has a lot to say.

After battling with depression and recovering from heartbreak, Cooper was compelled to write "Hear Me Roar" inspired by her real-life experiences. According to her, the song "is about self-reflection, empowerment and embracing truth in the weakest moments." Latoya harnesses her power throughout the song, from the uptempo electro-soul instrumentation to the lyrics. On the chorus she belts, "Hear me roar / In a fight to save my life / Hear me roar / In a battle to break this tie," and you know she means serious business.

With "Hear Me Roar," Latoya Cooper not only has a new attitude, but she embraces a new sound as well. Her previous releases, the EP Eclectic Soul and single "Free & Bold," found her cruising in a jazzy soul lane, which she swerves out of here. "This song embodies my signature eclectic energy with a touch of something artistically refreshing and vulnerable," Cooper shares about her decision to switch things up. The result is an upbeat song perfect for your workout playlists to provide the soundtrack to your own transformation stories.

Jam out to SoulBounce's exclusive world premiere of Latoya Cooper's "Hear Me Roar" in advance of her Hear Me Roar EP's Friday, June 16th release date. If you're in the New York City area, she will have an EP release show at Silvana on Saturday, June 17th at 10 p.m. Keep up with all things Latoya Cooper on Facebook, Twitter, YouTube and SoundCloud.


TAGS:  audio, Latoya Cooper
Previous: Ne-Yo Is Back At It Again With ‘Another Love Song’ Next: We ‘Love’ How Ahmed Sirour Flipped His Own Remix Of Robert Glasper Experiment & KING