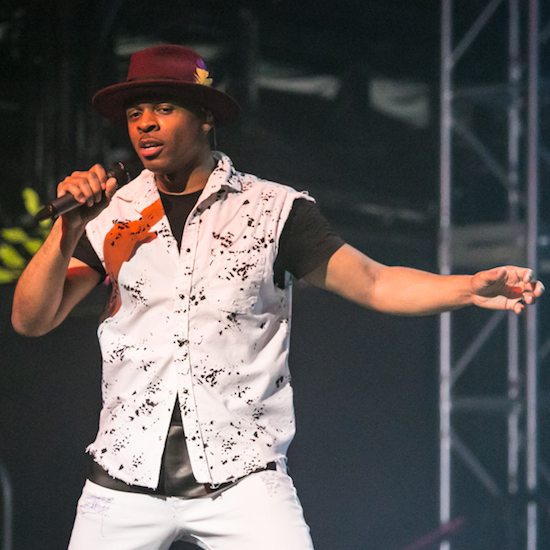 We are less than a month away from the release of Stokley Williams' debut album Introducing Stokley. The multi-talented artist has already whet our appetites with the lead single "Level" that surfaced in February and its accompanying music video that dropped in March. But all these months later, and we are hungry for more. Well, Stokley delivers just what we need to satisfy us with two new songs, "Way Up" and "Think About U."

"Way Up" finds Stokley singing affectionately about his leading lady who is the "definition of a woman." He loves every single thing about her, and she sounds pretty out of this world. He can't help but pour out his feelings when he sings, "I'm way up / She keep me way up / Like I'm walking on the moon." Our leading man slows the tempo down for this sexy love song with some trap soul elements and a feature from Wale who contributes a verse about how bad his shorty is.

Stokley keeps the quiet storm going with the track "Think About U," which sounds like your next favorite Mint Condition song. Of the cuts that we've heard thus far from Introducing Stokley, musically "Think About U" is the closest one to that Mint sound we've come to love, need and want. Over a sound bed of piano, tight background harmonies and a surprising steel drum, Williams eases his lady's fears when he's away on the road. She's heavy on his mind all the time when he admits, "I don't have to choose to think about u / I just do," on the chorus. That simple admission is enough to send us swooning.

Between "Level," "Way Up" and "Think About U," trust and believe that Introducing Stokley will be in the heaviest of rotations this summer. We had the pleasure of hearing more songs from the album performed live during his brief pre-release tour when it hit Baltimore's Rams Head Live! in April, and he has even more jams where these three came from on the way. Make plans to add it to your collections when Introducing Stokley is released on June 23rd. The album is currently available for pre-order on Amazon, iTunes and Google Play.