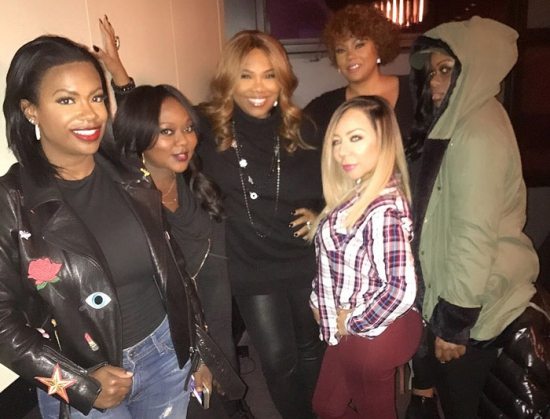 Well, would you look at that? Two months after announcing their reunion, it looks like Xscape is making another major move. The group announced this week that they'll be making a biopic with none other than Love & Hip Hop producer Mona Scott-Young. They're currently shopping the film, which will tell the story of their formation, rise to fame and downfall, to different networks. But it seems this venture isn't without drama, as television network TV One, home to the unnecessary Bobbi Kristina biopic, has also announced a biopic about the group as part of its 2017-18 slate of programming. “We are excited to join forces with Mona Scott-Young and Monami Entertainment to bring the real Xscape story to the world,” the quartet said in a statement. “This partnership will allow us to tell our story about our lives the way we lived it. It’s our truth about the rise, the fall, and the return of Xscape. We feel the recent announcement of an unauthorized biopic on our lives is disrespectful and disappointing. We are not, in any way, participating in that project and it will never ‘represent’ our true story.” What's a dramatization without a little drama, right? #HumminCominAtchaSoon