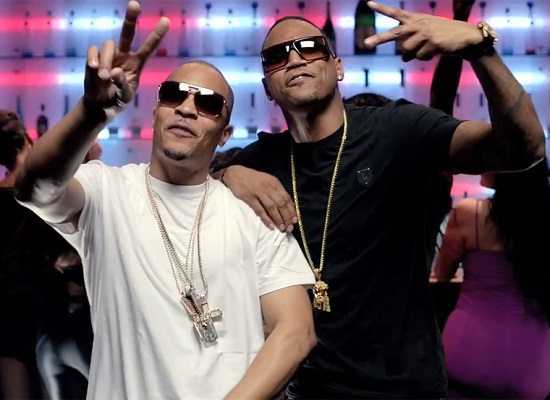 Could T.I. Be Teaming Up With Trey Songz For Joint Album?

T.I. might be going through a very public and slightly messy divorce from his wife Tiny, but his Grand Hustle don't stop. He announced this week that he might be teaming up with Trey Songz for a joint album tentatively titled The Ladykillerz. The move follows in the footsteps of memorable team-ups like Jay Z and R. Kelly and Bow Wow and Omarion. Well, at least potentially. The project is one of many potential collaborations he's considering. "I’m open to all collaborations," he told XXL. "Me and Trey Songz were supposed to do one too called The Lady Killers. All those of these projects could very well come into fruition." Would you be down for a Tip and Trigga collab album? #ItsAMaybeForUs