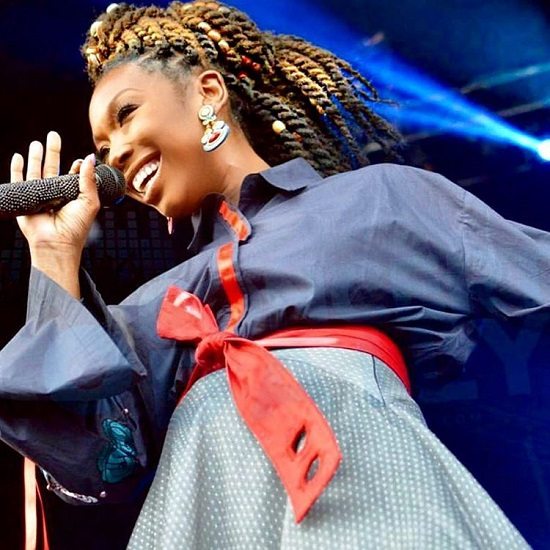 Just last week, we were celebrating the fact that Brandy has found love with her new boo Sir The Baptist. Now, however, and she's already fighting off pregnancy rumors. The confusion all started when she posted a pic to her Instagram account (seen above) with a motivational caption: "Dear God, I can finally see you in me. Continue to use me so that I may continue to know the joy of being used by you. I promise to cut back on my clap backs. #wink [heart emoji] I love you." Somehow, that caption and the pic caused some, including her former Moesha castmate Countess Vaughn, to think that she was announcing her pregnancy. Countess even congratulated her on the post (and a few others — oh, Countess). Brandy, quick on her social game, swiftly quashed the rumors, though, writing in her IG profile, "People, I'm not pregnant!!! I got too much work to do. I just like pancakes and chocolate cake...let me live!" Looks like we won't be getting another baby B-Rocka in the near future. #MoveOn #NothingToSeeHere