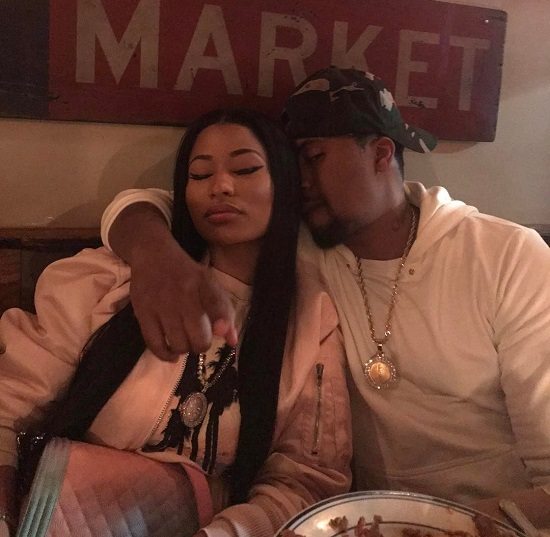 Nicki Minaj And Nas Are Kind Of A Thing

Much to the chagrin of Nas' female fan base, raptress and Queens native Nicki Minaj took to the couch on The Ellen DeGeneres Show and confirmed speculation that she and the Illmatic MC were seeing each other. Ellen, sly devil that she is, set Nicki up by first commenting on her racy pastie look from earlier this year before asking which breast Nas prefers. That, of course, caught Nicki off guard. Still, Nicki tried to keep things cute, praising Nas' lyrical ability and legendary status. However, Ellen went further, asking if the two had ever had "sleepovers," which Nicki eventually confirmed, though she stressed that they hadn't done "the nasty" (Ellen's words, not Nicki's), as Nicki is currently celibate. "I'm celibate," Minaj said. "I wanted to go a year without dating any man. I hate men." However, it seems that Nicki might be willing to make an exception for Nasty Nas "because he's so dope." We mean, that's cute and all, but we have one question: Why, Nas, WHY?! #QTNA #NickiMiNAS