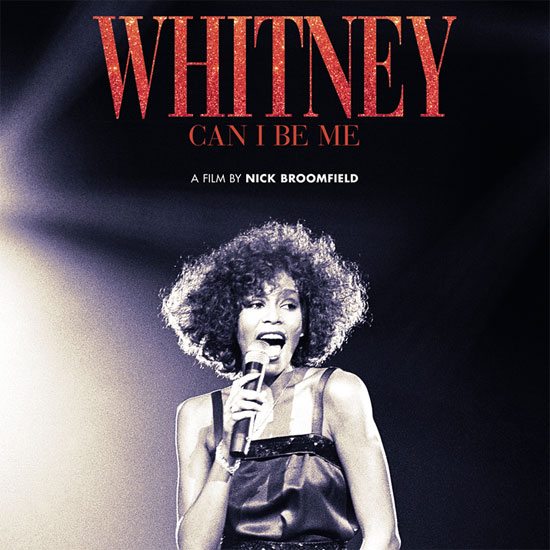 It’s been five years since beloved singer, actress and icon Whitney Houston passed away. Since then, we’ve been bombarded with rumors and theories regarding who or what is to blame for her death. Acclaimed director and filmmaker Nick Broomfield, whom we know from his Biggie and Tupac documentary, and music video director Rudi Dolezal offer a behind-the-story look in the documentary, Whitney: Can I Be Me. They present a candid glimpse at Houston’s megawatt stardom and seek to piece together the puzzle that might have led to the tragic circumstances that took her away from us far too soon. Dolezal, Houston’s long-time friend, is said to have contributed over 500 hours of never-before-seen footage he shot himself during her 1999 tour. The film also contains live recordings of the singer and interviews from those closest to her, including her siblings and the musicians, makeup artists and publicists she worked with.

The doc debuted in April at the Tribeca Film Festival and has received mostly rave reviews. The first official trailer, which was released earlier this week, showcases a montage of photos and footage of the glamorous, gleeful star we all knew and loved. For those seeking a bit of tea, it also captures the singer with her ex-husband Bobby Brown during happier times, as well as her childhood friend, Robyn Crawford, who was reportedly at her side on every tour. The film apparently all but confirms the rumored lesbian relationship between the two, which could explain Cissy Houston’s disapproval of the film.

While this documentary seems to offer a new perspective that wasn’t captured previously in any of the many Whitney Houston “exclusives” prior, one thing is for certain: Even the most curious fan isn’t as concerned with the gossip, as they are sore from the loss of this truly talented yet tortured soul. A tribute performance and live premiere of Whitney: Can I Be Me will take place in the UK at the Sheffield International Documentary Festival on June 11th, and it will hit the film festival circuit in the U.S. thereafter.