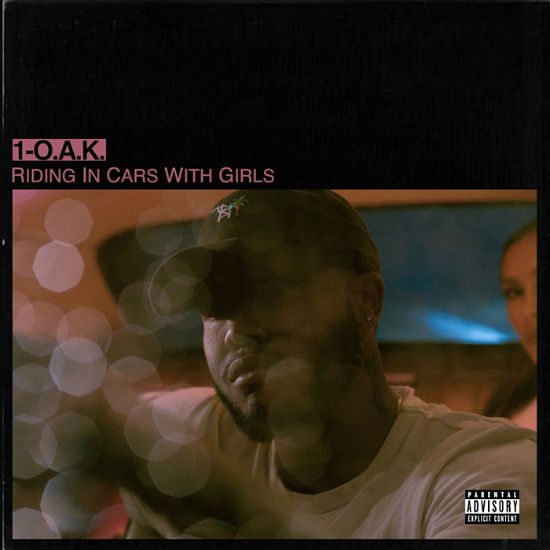 Sometimes the best inspiration can come from a bit of heartache. That's the case with Oakland-bred singer-producer 1-O.A.K., whose latest collection, Riding in Cars with Girls, was inspired by the end of a serious relationship and his new life, navigating dating as a single man. The result is 15 tracks of lush, full material that is equal parts contemplative and equal parts light-hearted fun.

Featuring contributions by the likes of IAMSU!, Kool John, P-Lo, DUCKWRTH and longtime collaborator and Honor Roll cohort Trackademicks, 1-O.A.K. presents his strongest offering to date. "RICWG is me reflecting on being single after a bad break up and navigating through my romantic relationships over the past few years," he explained in a recent interview. Although the breakup could have left him bitter, instead it is his optimism that shines through as he chooses instead to focus on the better parts of relationship dynamics. There's the unabashed lust ("Figure 8"), the salvation of budding love ("Lost & Found"), and the headiness of dropping your guard with the right one ("If Sex Was All We Had").

It isn't all sunny days and happiness, however. He doesn't stray from tackling the pain and hurt left behind in the game of love on tracks like the uber-funky "Dead Wrong/Naima" and the realization that it is time to walk away on "It's Time." As for the sounds put forth, 1-O.A.K. effortlessly blends the elements of yesteryear with the contemporary vibes of today. "Nature" harkens back to Thriller-era Michael Jackson. Meanwhile, he gives a nod to Digable Planets' 1994 single "Jettin'" (which samples Bob James' "Blue Lick") borrowing their title as he lists the ways his girl has him wide open ("I only smoke weed on occasion but with you, I'd roll too").