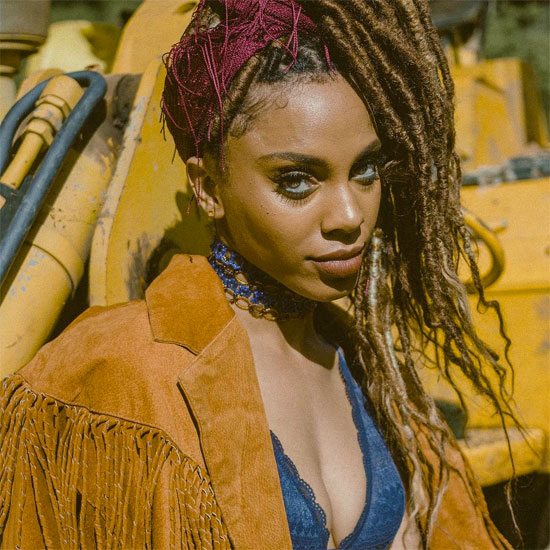 Jade Novah knows her way around a cover and consistently drops dope ones for our entertainment. Her latest involves the multi-talented songstress flipping the script and reversing the roles on Bruno Mars' current single "That's What I Like."

In her short one-minute and 20-second rendition, she sweetly lets her bae know that she's running things as they ball out. Instead of switching things up and singing from a woman's point-of-view, she keeps the lyrics pretty much untouched. It's hilarious to hear Jade tell her man to pop it and drop it for a player, but we're here for it. She only loses us briefly when she tells dude "take my wallet if you want it" (because, yeah, no), but otherwise we love the swag that she brings to the table with Julio's scampi.

Jade Novah's spin on 'That's What I Like" follows closely on the heels on her twist of Kendrick Lamar's "LOVE." and is just a taste of what she and producer/musician/boyfriend Devin Johnson have in the works. This is the second release in their series #TheNest that features the lovebirds collaborating on cover songs. After these back-to-back hot joints, we can't wait to hear what they hatch next. Listen to and watch Jade do her thing and do it well right here.