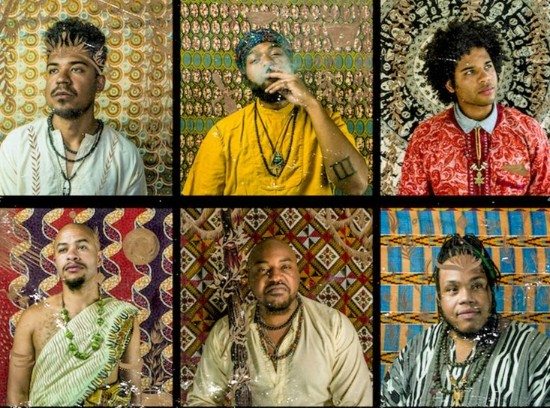 The Minneapolis Sound — a unique fusion of funk, synth, new wave, pop and rock cloaked in R&B — helped define a generation and spawned a museum's worth of hits. The influence of Prince, Jimmy Jam, Terry Lewis, Morris Day, The Time, Alexander O'Neal and more is so impactful that if the Twin Cities never births another musician, it would still forever hold a place as one of the greatest cities in music history. Thankfully, groups like ZULUZULUU have taken the Minneapolis Sound baton and are running towards the future with no signs of slowing down.

With a bold name like ZULUZULUU, you're bound to garner some attention. But what does it mean? The band chose their name because it’s “black power stacked on top of black power.” In addition to their name, their lyrics, sound and even their look is steeped in Afrocentrism and Black Pride. But you won't find them labeling themselves as "woke," a term far too commonplace for these forward-thinking creatives. Instead, they identify themselves as "enigma niggas," a term further explained in the Bootsy Collins-like album closer "Enigma" from their 2016 debut What's The Price?.

A cover of Stevie Wonder/Syreeta Wright's "Black Maybe" sets the tone as the album opener. As MMYYKK explained to AFROPUNK, "we are trying to manifest the energy of that era, that revolutionary period of blackness. The lyrics to the songs are potent today as much as they were at that time. We just want to reiterate the message in a cosmic jazz electro perspective.” And they proceed to do just that throughout the remaining set of six original songs. In the title track, Proper-T asks, "What's the price for a young black man's life?," while the sonic chill of "Fades" warns that “You’re asking all the wrong questions.” "On Our Way" and "Bicycle Seat" provide escape from the everyday with a journey through astral sounds. In contrast, "Fall Behind" picks up the pace as the album's funkiest track.