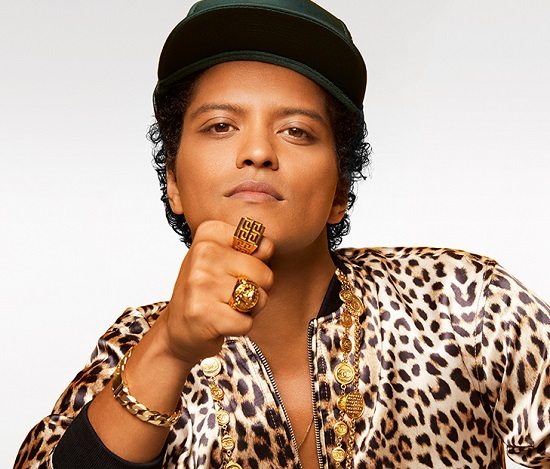 That Bruno Mars is a hardworking so-and-so. He just wrapped the European leg of his 24K Magic Tour and tore up the stage at the 2017 BET Awards with his infectious "Perm." After a couple weeks of much needed rest and relaxation, he'll then be back on the road to kick off his tour's North American leg. We don't know how he does it, but we know he does it well. While he takes a well-deserved break, he's teamed with French DJ and producer David Guetta to drop a remix of his slow jam "Versace on the Floor" to tide fans over until he's on the road again.

If you're familiar with Guetta's work, then you know he tends to skew toward the EDM side of things. Perhaps that's what makes his spin on "Versace" so unexpected. Rather than ramp up the BPM unnecessarily and fill the track with hand claps and beat drops, he instead sticks closely to the song's script and spirit. The pace is quickened ever so slightly, taking it from ballad to mid-tempo, as Guetta adds shuffling percussion, rhythm guitar and vocoder into the mix. The new additions put a little boogie into the affair while still maintaining the sexy feel of the original number. Color us pleasantly surprised!

“I’m super proud that I had the opportunity to work with Bruno Mars on ‘Versace on the Floor,'” Guetta said in a press release. “It is more than a remix; it is a collaboration and combination of different worlds together. My goal was to make it more dance and DJ friendly, but still respect the music that he came with, and keep the song and his voice in tact because it’s so beautiful."

We think that he definitely achieved that goal, but we'll let you decide when you listen to his remix of Bruno Mars' "Versace on the Floor" right here.