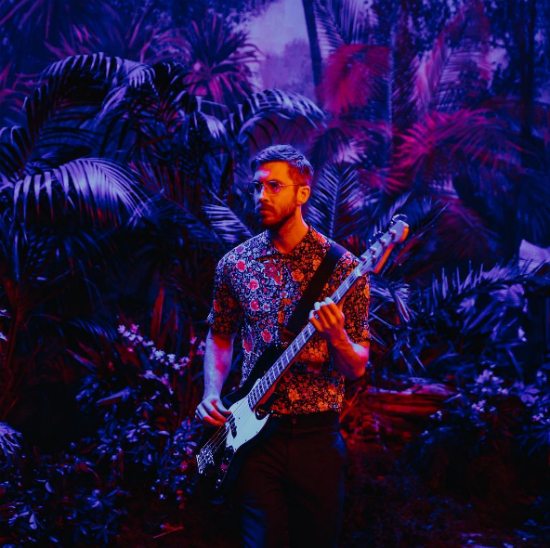 Calvin Harris is vying for the chance to dominate your playlists this summer with his latest offering "Feels." Honestly, the producer/musician is putting his best foot forward with the track from his upcoming album, Funk Wav Bounces Vol. 1. "Feels" features Pharrell Williams, Katy Perry and Big Sean and brings all the pop-infused island vibes you've been looking for. Mr. Harris just released the video for the tropical ditty, and it matches the funky vibes we envision whenever we press play.

Directed by Emil Nava, the artists all get their own plastic beach scene, including a paddle boat, lake, palm trees and colorful sunset. We see Katy Perry donning a yellow wig as she basks in the sun in a field, Pharrell seemingly stranded in a paddle boat and Big Sean chilling in a straw chair with two parrots. While the director plays with a fuzzy lens for the majority of the video, we also get colorful filters to go along with the tropical setting. What's Calvin up to? He's roaming around with his guitar, giving us an endless supply of guitar licks we won't soon forget.

Calvin has been dropping a few selections from his upcoming album, including the Frank Ocean and Migos-assisted "Slide," and we can expect to get the rest of Funk Wav Bounces Vol. 1 on June 30th. It features some heavy-hitting collaborations, including Future, ScHoolboy Q, Kehlani, Khalid, Snoop Dogg, John Legend and more. You can pre-order the new album at your favorite digital retailer now. If you're looking for a new jam or just want to watch a colorful tropical fantasy, catch "Feels" featuring Pharrell Williams, Katy Perry and Big Sean right here.