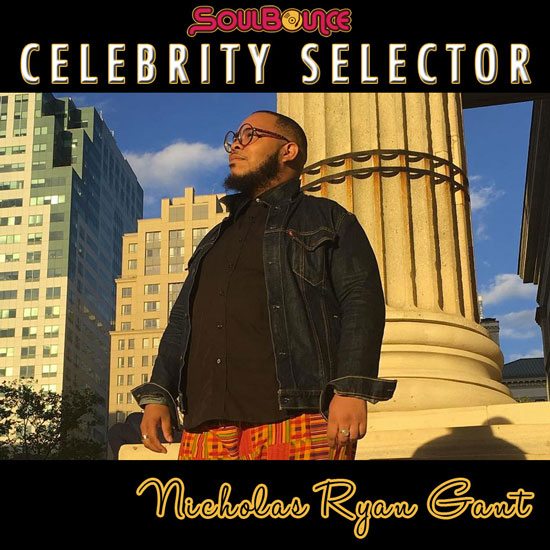 What a time the '90s were to be alive. It was arguably one of the best decades for R&B music. Bookended by New Jack Swing and Neo Soul, the 10-year span from 1990 to 1999 was a prolific period when so many classics — songs, albums and artists — were created. We honestly can't get enough of music from the '90s (see our yearly "Class Of" series for evidence), and neither can our good friend Nicholas Ryan Gant. The Ghetto Falsetto himself is our latest Celebrity Selector, and he's sharing some of his favorite songs from the decade and the wisdom they imparted on the playlist #90sProverb.

If you follow NRG on social media, then you may have seen him posting lyrics from popular R&B songs from the era with the hashtag #90sProverb on occasion. Not only were the lyrics immediately recognizable, but they told some basic truths or provided words to live by. We loved the concept and thought that it would make a killer playlist. Sure enough, it has, and here we are with a new Hot 16 full of throwback vibes.

"#90sProverb has the answers to help you deal with whatever situations you're going through in life," explains Nicholas. "From getting your boo to act right, setting a sexy mood, dealing with folks hating on your relationship and even pager etiquette." There is indeed a lot of wisdom to be found in Mary J. Blige's "I Can Love You," Brandy's "I Wanna Be Down (Remix)" and Aaliyah's "Age Ain't Nothing But A Number," all of which can be found on this playlist alongside a block of productions by Missy Elliott and Timbaland and more. With #90sProverb, Nicholas intends to "teleport you back to a simpler time in life," which he does and reminds us of all the food for thought these tracks brought us.

Let Nicholas Ryan Gant's #90sProverb playlist take you all the way back and enjoy the relaunch of Celebrity Selector. If you're in the New York City area, don't miss Nicholas in concert with Killiam Shakespeare on Friday, June 2nd at 10 p.m. at Apollo Music Cafe presented by Soul Factory NYC.