Chaka Khan Uplifts & Spreads ‘Love’ With Help From B. Slade 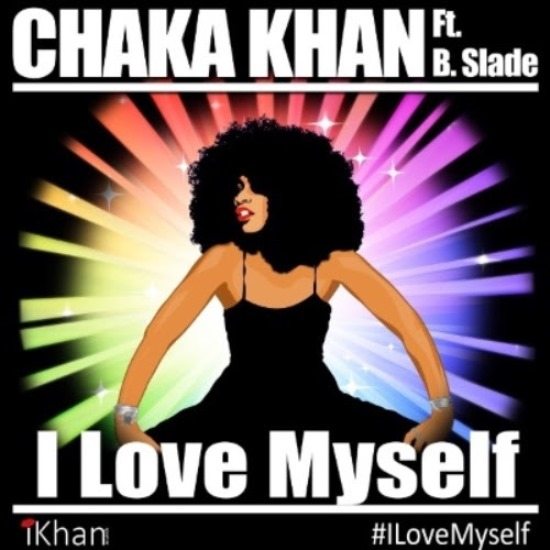 Happy Juneteenth, y'all! As African Americans around the country commemorate our literal, but figurative "emancipation" and "freedom," legendary singer Chaka Khan is celebrating her creative independence with her newly formed indie label iKhan Sounds. For the label's first release, the diva has delivered an updated take on her empowering anthem "I Love Myself" featuring background work by the song's co-writer/co-producer B. Slade.

For the most part, the alternate version remains true to the original February 2016 release with its percussion-heavy funk and self-affirming lyrics. But an emotively soulful a cappella snippet of her classic "Through The Fire" and extended instrumental interludes help it to stand out. Additionally, the rework serves as a precursor for the upcoming release of the music video which features the 10 winners of the 2016 "I Love Myself" video contest, "an initiative helmed by Khan to engage fans in helping to spread the message of self-esteem and acceptance by uploading a clip of themselves lip-synching the chorus."

Although Chaka Khan is currently working on an album of Joni Mitchell covers, we're glad she took the time out to spread some love and positivity. Listen to the revamped "I Love Myself" single below, then keep scrolling to peep the trailer for the video slated to drop on June 30th. Connect with the icon via Twitter and Instagram, and show your support for the song by purchasing a copy of the song and posting pics with the hashtags #ILoveMyself and #BlackAndILoveMyself.


TAGS:  audio, b. slade, chaka khan"
Previous: ‘There’s Something Special’ In The Air For Pharrell Williams Next: Omarion Offers ‘Reasons,’ But Not The Ones Fans Were Expecting