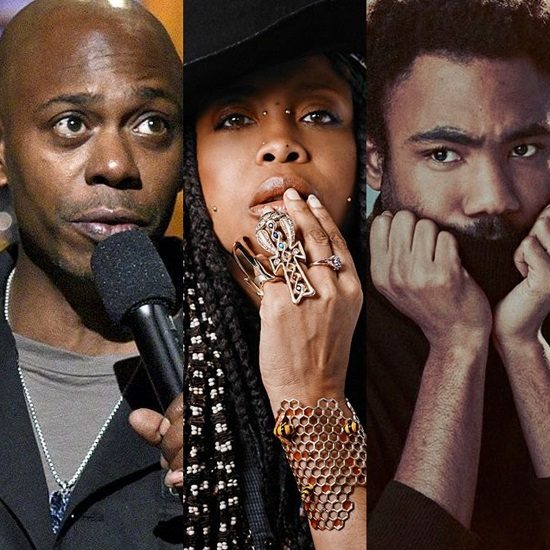 Summertime in New York City is a magical time, with concerts, festivals and performances happening nearly everywhere you look. Now, thanks to one Dave Chappelle, New Yorkers have yet another amazing option when looking to be entertained. The esteemed comedian has announced that he'll be doing a 10-night residency at the famed Radio Music City Hall this week — and he's bringing along some of his famous friends to get the party started.

Just as he did with his first residency at the venue in June 2014, Chappelle will be bringing friends from both music and comedy along for the ride this go 'round. The only thing that has changed is that he has more time to do it. The show will begin on August 1st with five consecutive nights of performances, four of which will feature The Legendary Roots Crew as special guests and the fifth featuring comedy king Chris Rock. After that, the dates are more sporadic, but will still feature some premium guests, including Erykah Badu, Trevor Noah, Childish Gambino (marking only his second live show of the year), more of his comedy friends and a few unannounced special guests. Knowing Dave and how deep he rolls, we can only imagine who those guests will be.

Tickets for the shows are available for presale right now exclusively for Chase cardmembers, with the general public being able to purchase tickets starting at 10 a.m. on June 16th and can be purchased here. We'd suggest getting them as quickly as you can as they'll more than likely sell out pretty fast. Peep the full list of dates and guests below.


TAGS:  childish gambino, chris rock", dave chappelle, erykah badu, the roots, Trevor Noah
Previous: Baltimore Bouncers: Win Tickets To A Screening Of ‘All Eyez On Me’! Next: Avery*Sunshine Delivers An Acoustic ‘Prayer’ That Sounds Like Heaven