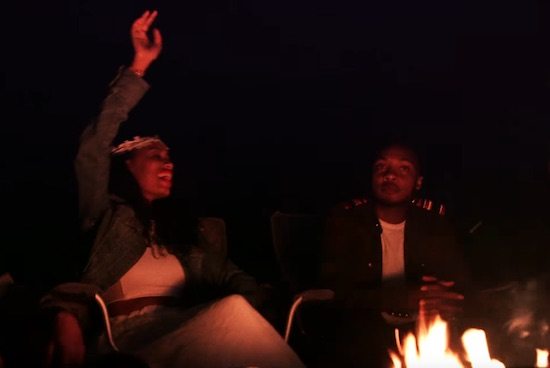 A longtime fixture on Atlanta radio, DJ Trauma has built a reputation for himself as a bonafide party starter, so much so that he serves as Dave Chappelle's official tour DJ and was tapped to handle musical duties at Beyoncé and JAY-Z’s baby shower/push party. And with his new music video for the song "Take Me High," he proves that he is more than adept at crafting his own party starters.

The song features the vocals of Los Angeles-based singer The Dan and makes good use of The Pharcyde's "Runnin'" on this sunny track. The Dan's message of moving onward and upward while enjoying life provides an optimistic ray of hope at a time where a quick scan of the news can make things seem bleak. For his bouncy turn, Trauma linked up with producers Needlz & Donut, who already have credits with Bruno Mars, Drake and Jeremih under their belt.

The clip, which was directed by Diddy's Bad Boy Reunion Tour official videographer Nick Bazinsky, opens with black and white performance footage of Trauma before he emerges off a private jet. From there, the video is awash with color as The Dan and Trauma go about their day respectively. Trauma gets in a good workout and hits the barbershop before cruising in his drop top down the California coast. The Dan has an equally full day filled with jogging, fitting in a writing sesh by the pool and hitting the recording studio before hitting the beach, where she joins Trauma and friends by a bonfire. Just as the video suggests, "Take Me High" is the perfect soundtrack for a summer kickback.

"Take Me High" is the first single taken from Trauma's upcoming EP due out this fall. Take this video for a spin and see if it doesn't make you want to scoop up your friends for some fun in the sun.