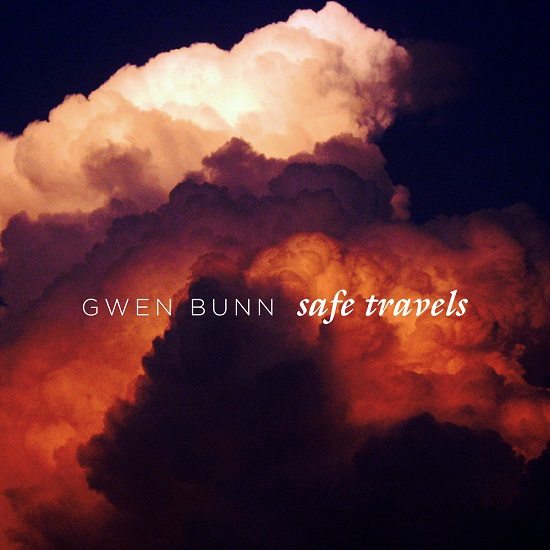 Singer/producer Gwen Bunn has been doing things on her terms since creeping onto the music scene. After experiencing major success with ScHoolBoy Q's 2013 hit "Collard Greens," the Decatur, Georgia, native found herself fielding label offers, including one from BMG, who wanted to sign her as an artist. However, instead of electing to sign on as an artist for the major imprint, Bunn instead chose to enter into a production and writing deal, resulting in her lending her skills to other artists such as Childish Gambino, Ty Dolla $ign, Sean Paul and more. Despite focusing her talents on her work with other artists, Bunn has still found the time to work on her own music and the result is the release of her solo project, Safe Travels, which was released June 23rd.

Of the album's eight tracks, Bunn handled writing duties on all of them while she enlisted the help of producers such as Full Crate, Masego, Mxxwll and Josef Leimberg on the production end. The result is a collection of warm, ethereal sounds that provide further insight into the 23-year old's cache of skills. While she's proven that she can craft some heavy bangers, matters of the heart are where she really hits her stride, taking on the intricacies of relationships on tracks like the album's opener "Not a Dream," "Yours" and "How Could You Go?" Bunn's airy vocals fit comfortably into the songs' arrangements, creating a consistency that remains true to the sounds we've come to expect from the young talent.

Even with her production deal, Bunn's decision to release her own music as an independent artist provides her with a level of freedom that many artists could only dream of. “I wanna make whatever, whenever and put it out whenever,” Bunn said in a recent interview about the choice. For the fans who have been anxiously awaiting the release of Bunn's Melody Dungeon project, have no fear. Safe Travels isn't a substitute for the project. "This album is for all my true fans who've waited patiently for almost 10 years for new music from me. Love yall!!! This is for you," she said in a statement via her Bandcamp page. "P.S. Melody Dungeon is still on the way!!"