Jhené Aiko Shows A Softer Side On ‘While We’re Young’ 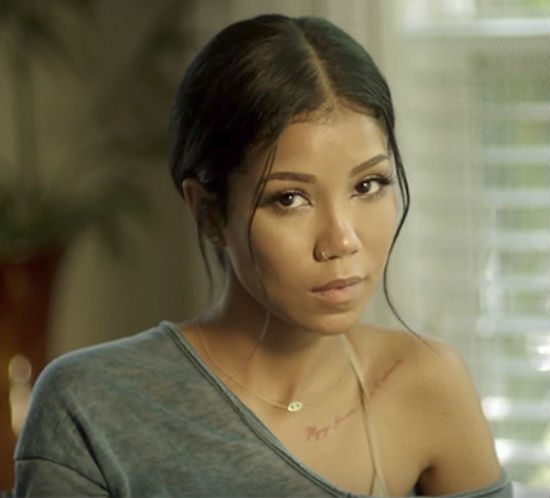 As Jhené Aiko puts the final touches on the follow-up to her debut solo album Souled Out, she’s giving us a taste of what we can expect from the project, tentatively entitled TRIP 17. Back in November, she showed fans her more adventurous and raunchy side with the single "Maniac," but her latest release reveals a more romantic Jhené. Still in the mindset of throwing caution to the wind, on the track “While We’re Young” the goal is more for everlasting love, as opposed to an epic orgasm. She sings passionately about living in the moment, ignoring naysayers and enjoying every ounce of her lover until the end. The track itself is just as dreamy as her voice is as she sings, “'Cause it's been another perfect day with ya / Wanna lay with ya / Spend the night with ya / Then spend my life with ya, alright.”

The accompanying visual isn’t as predictable as one would expect. Instead of simply showcasing a couple frolicking on the beach or oblivious to the world while enthralled in a passionate embrace, director Jay Ahn takes a cue from the Adam Sandler movie 50 First Dates. In the video, Jhené plays the role of a woman with short term memory loss, and her suitor approaches and engages her even after receiving a stern warning from her acquaintance. We see his doting, and at times comical, attempts to remind her everyday of their journey to love with the help of a camcorder. Both the song and the video are very sweet, and have us all up in our sentimental feelings.

Tap into your softer side, have a few chuckles and check out Jhene Aiko’s video for “While We’re Young” below. The single is available now on all streaming platforms.