Mary J. Blige & The Cast Of ‘Claws’ Show Us The ‘Strength Of A Woman’ 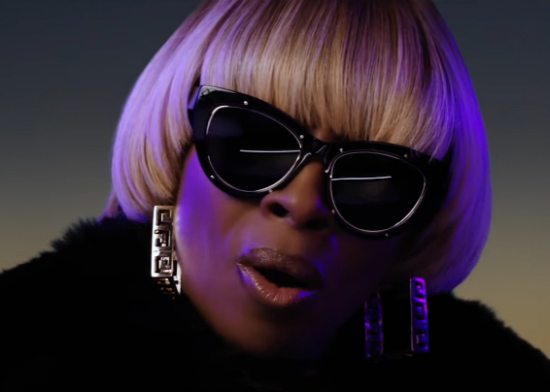 Mary J. Blige is using all her might to make sure we don't forget about her new album — and it's working. The diva heads out on tour soon, is set to headline ESSENCE Festival and now she's just released the visuals for "Strength Of A Woman," her album's title track, to promote the new TNT drama series Claws. Featuring Niecy Nash and Karrueche Tran, the series follows the lives of manicurists who work in a Florida nail salon. With an all-female cast, it's no wonder they chose Mary and her track "Strength Of A Woman" to capture the essence of the cast and show.

The new video includes scenes of a beautiful Mary all decked in black atop a city skyscraper as she sings the powerful single. The striking scenes of Mary are juxtaposed with scenes from the Claws nail shop, with us watching the cast go through ups and downs and dangerous adventures all while flexing their nail skills. The ladies also get glammed up to match Mary's swag on the roof as they pose and sip champagne together.

Mary's likely channeling the strength of her girls considering the surprising ruling that Mary will have to pay up to her ex-husband/manager. Despite the drama in her dancerie, Mary has a lot to look forward to. Just a few weeks ago, Mary released the remix of her "Love Yourself" single featuring A$AP Rocky and, at the top of July, she's set to embark on the Strength Of A Woman Tour along with Lalah Hathaway.  To get yourself ready for the summer of Mary J. Blige, watch her latest video and see if the songstress inspires you to keep pressing on.