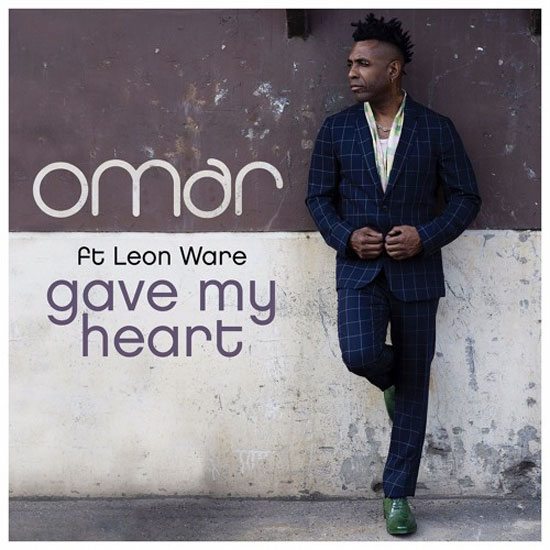 Earlier this year, the music world lost a legend when Leon Ware passed away. For British superstar Omar, however, he lost a collaborator and friend. Over the years, the two formed a bond not just as musicians but as men, sharing a 23-year friendship. It's fitting, then, that Omar incorporated Leon on the song "Gave My Heart," taken from the Brit's newest album, Love In Beats, released in January a few weeks before his passing. The song, co-produced by Omar and his brother SThe Scratch Professer, features not only Ware's voice but contains elements of his classic "Rocking You Eternally." "Gave My Heart" is now Omar's new single, and a music video and remix EP have been released to accompany it.

The official video for "Gave My Heart" opens with Omar singing and walking on a sandy palm tree-lined beach on location in Bali. We follow him from the beach to the stage at Azul Beach Club Bali where he's performing, and the diverse audience is moving, grooving and simply enjoying the music. Mixed in with the performance shots is footage of Omar together on stage with Leon Ware from previous concerts that blends in seamlessly. Although they won't get to share the stage again, this visual is a fitting tribute and reminder to cherish and honor our legends while they are still here.

The video features the original version of "Gave My Heart," which is included on the Gave My Heart remix EP alongside contributions from DJ Jazzy Jeff, Rob Hardt and The Scratch Professer with a "retwist." In addition to the various interpretations of "Gave My Heart," the EP features "Vicky's Tune (The Reflex Don't Stop Remix)" and the never-before-heard track "Brainstorm" with a rap by Maurice Brown. The Gave My Heart EP is out now on Freestyle Records and is well worth adding it to your music collection, which is always the case with anything by Omar.