Pharrell Williams Gives Us ‘Something Special’ To Listen To 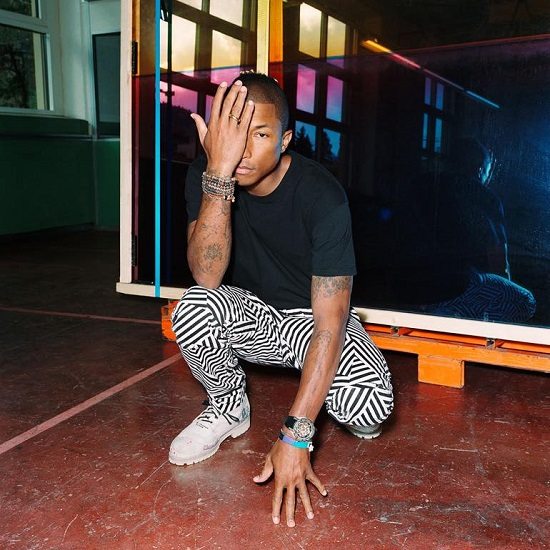 Pharrell Williams has started rolling out tracks from the Despicable Me 3 soundtrack. Known for his Midas touch with movie soundtracks, we've been pretty eager to hear what he's got in store for us. Just last week, he debuted the visual for "Yellow Light" with his cute Minion entourage. Now he's giving us "There's Something Special." Unlike the first single, an uptempo, '80s-inspired cut chock full of synth, the second single is a bluesy lullaby. Pharrell also adds some folk vibes to give the track an extra twang, which serves as the backdrop for the loving scenes between Gru, Lucy and their three daughters.

Pharrell sings in a falsetto the majority of the sweet song, perhaps thinking about his new triplets and son at home. "Grab someone you love / There's something special on the other side of this moment / And it's about what you and I decide / And it's important for you to remember we did this together / And finally, they'll know the story of our lives," he sings. Whether you're singing it to a significant other or to your little ones, the song is appropriate for all occasions.

Despicable Me 3 debuts in theaters on June 30th and the soundtrack will be released a week ahead on June 23rd. We hear the soundtrack will include songs from Pharrell, rappers Eminem and Xzibit and classics from Michael Jackson, Madonna and Phil Collins. You can pre-order your copy of the Despicable Me 3 soundtrack from your favorite digital retailer. Listen to "There's Something Special" right here to see if Pharrell Williams' lullaby is sweet enough to add to your playlist.