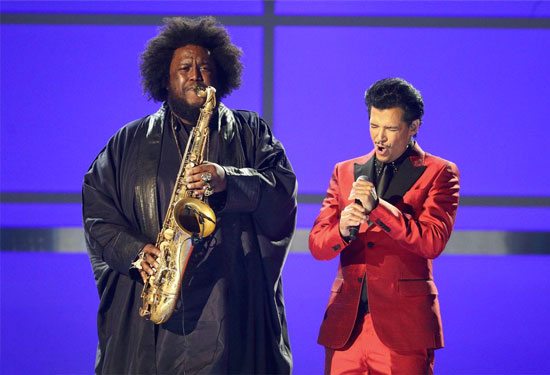 It seems the BET Awards are setting a new standard when it comes to musical tributes. Last year, the annual ceremony put all other award shows to shame (and read them for filth) with an epic homage to Prince. This year, they've done it again with not one, but two noteworthy performances to honor Chuck Berry and George Michael.

The music was preceded by a monologue from actor/singer Tyrese to honor others we've lost so far this year including U.T.F.O.'s Educated Rapper, Mobb Deep's Prodigy, Sister Sledge's Joni Sledge, The Main Ingredient's Cuba Gooding, Sr. and Al Jarreau. To be clear, each one of these artists deserved to be honored musically (though they're probably saving the Educated Rapper and Prodigy tributes for the BET Hip Hop Awards later this year). But we have no complaints about the two icons they chose to single out.

Afterwards, The Epic saxophonist (pun intended) Kamasi Washington slowed it all the way down and had us thrusting our lighters in the air as he slayed the sax solo (composed by George Michael himself) on "Careless Whisper." As if that wasn't enough to get the crowd body-rolling, El DeBarge sealed the deal as his ageless falsetto delivered the time-tested lyrics. The fact that June 25th would have been Michael's 54th birthday gave an air of poignancy to the memorable performance.