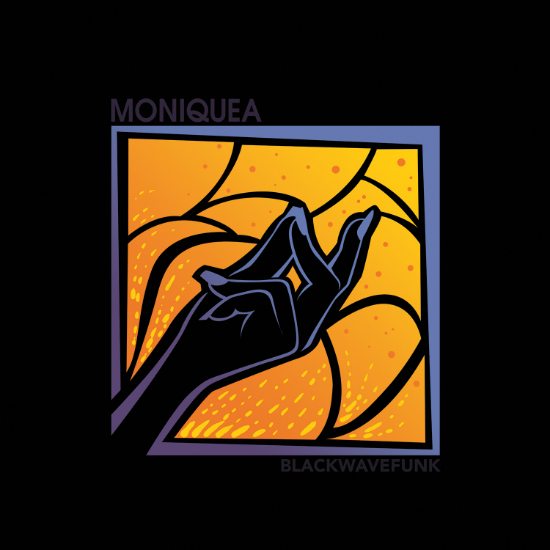 It's the rare artist who gets funk right. Many might try the genre on for size before they change into another sound that's a better fit, but for Moniquea, funk is not a costume. With the release of her third album Blackwavefunk on the horizon, she shows that she's not new to this, she's true to this.

We've been singing Moniquea's praises these past few months after being introduced to her music with the single "Checkin' Out" and its follow-up "When You Are Away." The Los Angeles-based singer/songwriter has found the perfect partner in XL Middleton, who produced the bulk of Blackwavefunk. Middleton has created bass and synth-heavy soundscapes for Moniquea to bloom on. The average singer might get lost in the sauce of the instrumentation, but not Moniquea. She rides the beats with ease when taking things to the dance floor on "Check Your Sources" (which she co-produced) and "Why Can't You See" (co-produced by Eddy Funkster) or slowing things down on "Just Don't Know."

Blackwavefunk is a non-stop funk party with a variety of sounds to boogie oogie oogie to and take you to another era when this music was the standard. Standout cuts on the eight-track (we see what they did there) album include "Make You Feel My Love" and the final song "Famous," which adds some new wave into the mix. You'll be torn between body rolling or breaking out into the Carlton Banks, but either way, it's gonna make you move to its hard-hitting groove.

Moniquea's Blackwavefunk will be released tomorrow, Friday, June 2nd, but you can give the album a spin right now with our SoulBounce exclusive world premiere. Purchase Blackwavefunk directly from MoFunk Records on Bandcamp.