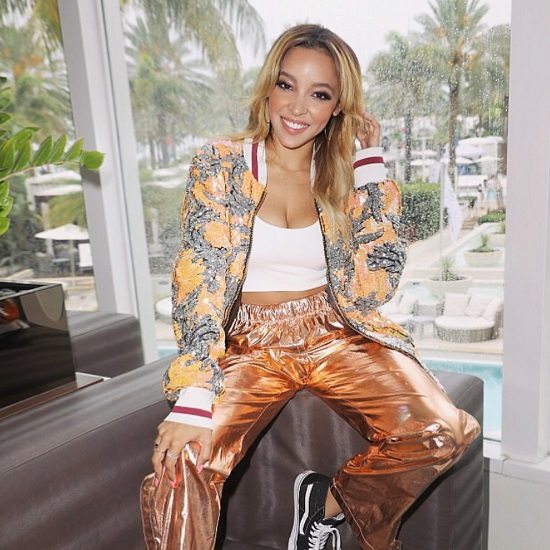 Tinashe's most recent single might be called "Flame," but we doubt she thought her most recent interview would set the internet on fire. The "Superlove" singer sat down with The Guardian for a candid interview about her career and the music industry. The starlet had a few thoughts on it all, remarking how limited the industry views black female entertainers (“There are hundreds of [male] rappers that all look the same, that sound the same, but if you’re a black woman, you’re either Beyoncé or Rihanna. It’s very, very strange.”) and her experience with colorism (“There’s colourism involved in the black community, which is very apparent. It’s about trying to find a balance where I’m a mixed woman, and sometimes I feel like I don’t fully fit into the black community; they don’t fully accept me, even though I see myself as a black woman. That disconnect is confusing sometimes.”) In the context of the interview, her quotes make sense. However, in the hands of Twitter, they became the singer blaming her lack of mainstream success on the two reigning music queens and colorism. She was promptly memed and torn apart on the web. Though we get were the Joyride singer was coming from, we don't think it's gonna do much to help her career. #WeStillLoveYouThoGirl