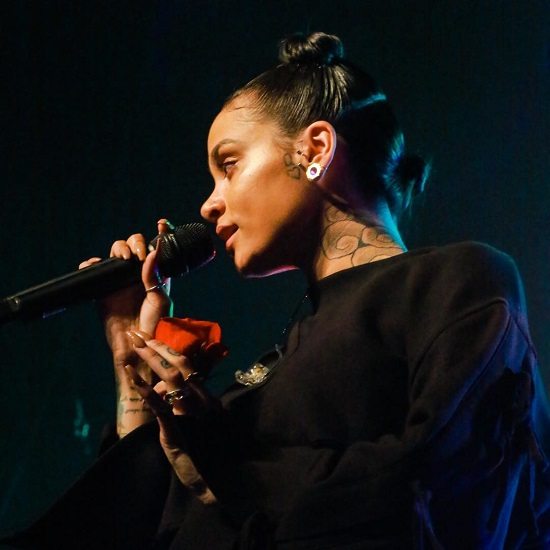 Kehlani Kicks Fan Out Of Concert For Screaming 'Kyrie!'

The first rule of Kehlani's concerts? Don't piss off Kehlani. An overeager fan learned that the hard way after thinking it was cute to scream out her ex's name during a show. The (hopefully inebriated) fan yelled out "Kyrie!" during her set, most obviously referencing her b-baller former flame Kyrie Irving. The "Keep On" singer stopped her show and said, “Get the fuck out this concert b***h.” Oh, but that wasn't it. “Point him out," she said. "Where was the guy? Y’all better be loyal to me in this b***h. Point that n***a out. Where the f**k he at? Get his b***h-a** out. F**k you. We don’t play that stupid-a** s**t up in here. Come on. Kyrie would whoop your f**kin’ a**. That’s my best f**kin’ friend." Well damn. Hope that guy learned his lesson. #KehlaniDontPlayThat