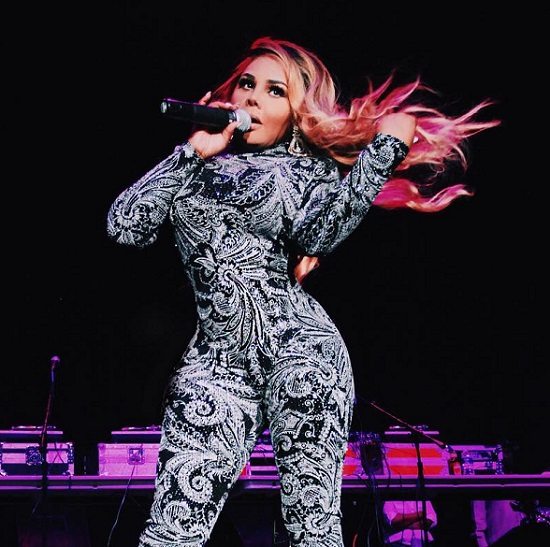 Though what we watched on our TV screens seemed to be all fun and games, it seems the events surrounding the BET Awards weekend were no joke. Apparently, s**t got real between Safaree Samuels and Meek Mill's camp, no to mention the backstage and red carpet scuffles that Migos got into with Chris Brown and Joe Budden, respectively. But perhaps the biggest "whoa" happened with legendary femcee Lil' Kim and her crew. According to TMZ, Kim rented a house for the weekend, but when she and her entourage arrived, it wasn't up to her standards. This, of course, prompted the "Not Tonight" rapper to demand her money back, but the money wasn't forthcoming and an argument ensued and cops were called, but nothing was resolved. However, according to reports, showed up to the property and got Kim's deposit check and some cash the ski-mask way, slashing the victims and stealing a hubcap before they were done. The LAPD has opened a robbery investigation and named Queen Bee as a person of interest in the incident, but the raptress remains mum on the subject. Hopefully this won't mean another prison stint is in her future. #HotDamnHoHereWeGoAgain