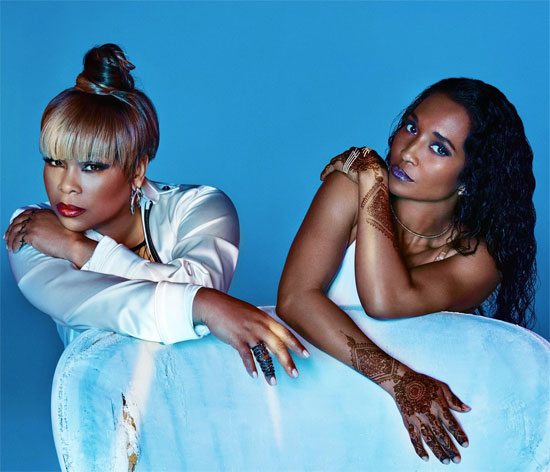 We are now officially a week away from the release of TLC's final album. Their eponymous swan song is highly anticipated by fans and critics alike who are waiting for T-Boz and Chilli to make an entertaining exit and take a graceful bow. In preparation for the release, the promo machine is working overtime for the trailblazing ladies. A few days ago, they dropped the music video for the song "Haters," and now to end the week they're giving us another taste of TLC with the track "American Gold."

TLC has never shied away from tackling social issues in their music, and they're at it once again on "American Gold." The track starts off with T-Boz singing the lyrics, "Pride starts wars / Seems love has died," and you quickly realize that this isn't just any old song about jewelry or shiny teeth. The song only gets deeper from there as they subtly address a myriad of issues, including police brutality, the Black Lives Matter movement, war, tragedy and the overall feeling of helplessness and hopelessness that many have in our current political climate. "I can't breathe to save my life / Bombs are falling from the sky / I'll be bold enough to fight / By your side, by your side / I think none of us are safe," T-Boz sings over ominous percussion and piano. Chilli picks up the baton on the pre-chorus, singing, "I lost some friends, some friends that I didn't want to / I lost some stars, my heart bleeds red, white and blue / I been in and out of the fire battling for you / Bleeding on American soil."

Produced by Kayo and co-written by Keon Brihm, Candace Wakefield and Elvis Brown, "American Gold" provides subtle yet blistering commentary about the United States. T-Boz and Chilli are serving up piping hot food for thought in what may be one of the most woke songs of their career.

"American Gold" is available as an instant download along with "Haters," "Way Back" and "It's Sunny" when you pre-order TLC from Amazon or iTunes in advance of its June 30th release date.