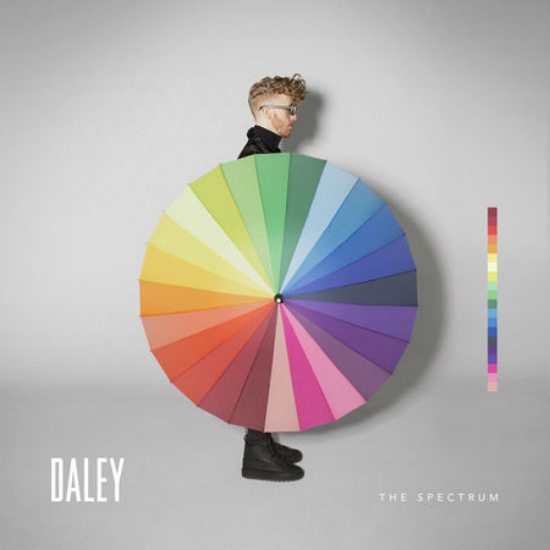 There used to be a time when waiting two to three years for new music from your favorite artist was the norm. However, in today's instant gratification-fueled times, anything longer than a year could feel like forever, especially when new albums and mixtapes from artists are coming within mere months of each other. There are still a select few acts who don't feel the need to bash fans over the head with new material at a rapid-fire pace. UK crooner/songwriter Daley is one of them, taking over three years to drop the follow-up to 2014's Days & Nights. After whetting our appetites with the Jill Scott-assisted "Until the Pain is Gone," his sophomore studio album, The Spectrum, has finally landed.

Daley delivers 13 soulful new tracks, displaying a more robust sound than before. Whether intentional or not, his musical influences play out clearly across the album. There's "Temple," which conjures up traces of George Michael's "Father Figure" and then the uber funky "Sympathy," which has the late great Prince written all over it. Not that this is a bad thing. Daley deftly straddles the line between imitation and inspiration, taking the influences and combining them into a sound that is uniquely his own. Another early standout includes "Slow Burn" thanks to the rich horns that should make the song a fun addition to his live performance.

While it certainly takes more than one spin to really delve into a project, it's obvious from the moment we hit play that Daley delivered the goods with this album, making it more than worth the wait. But you don't have to take our word for it; take The Spectrum for a spin and find out for yourself if good things come to those who wait.