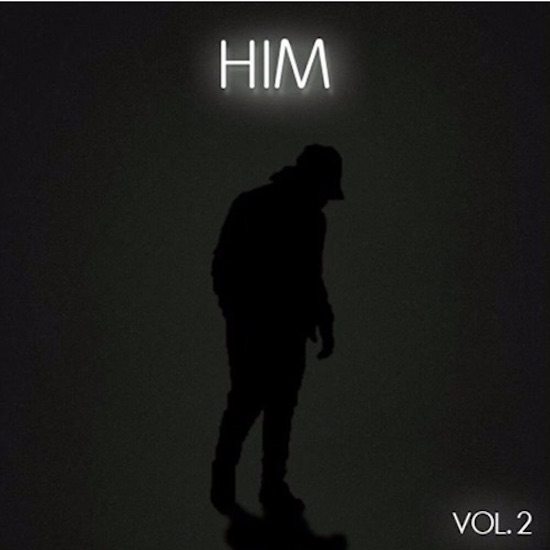 Mysterious singer H.I.M. continues to taunt the equally-as-mysterious H.E.R. with his latest release, H.I.M. Vol. 2 (HER in Mind). As the name indicates, the project was made with H.E.R. in mind, so much so that it's based entirely on the latter's sophomore mixtape, Vol. 2.

For his latest, he maintains the same formula he did his first time around, crafting songs in response to H.E.R.'s Vol. 2. He matches the mood and titles of H.E.R.'s originals, injecting his takes with the same raw sensuality that is threaded throughout. Though we got a sampling of his voice on his takes on Vol. 1, he stretches out a bit more this time around, displaying some pretty impressive pipes in the process. He also proves himself to be more than capable of holding his own with the pen on the project.

In the past, H.E.R.'s management team took aim at H.I.M. for his obvious mirroring of both her image and material. Though they threatened legal action at the time, it seems that the threat did little to hinder H.I.M.'s creative ode to H.E.R. With that in mind, it is hard to not wonder if perhaps the two teams have reached an agreement of some sort. The bigger question, however, is how long will this game of copycat continue to go on? At a time when everyone under the sun is more than ready to do whatever it takes for his/her chance in the spotlight, the idea of an artist choosing to remain shrouded in mystery instantly sets H.E.R. apart from the rest. The notion that H.I.M. is also willing to forego revealing his identity makes this story all the more intriguing. Are they in on it together? Will he reveal himself when (and if) H.E.R. ever decides to? While we don't know the answer to any of these questions just yet, one thing we do know for sure is that beneath this carefully curated persona is an artist who actually seems to have the chops to make it on his own. Hopefully one day he'll be ready to step out of H.E.R.'s shadow and stand on his own two feet.