Inc. No World Are ‘Living’ Their Best Lives 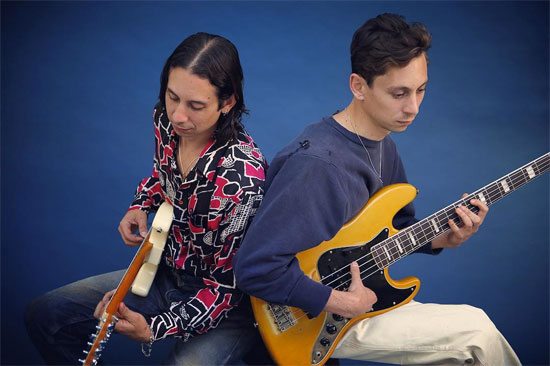 Brothers Andrew Aged and Daniel Aged, collectively and currently known as Inc. No World, are back with news that is sure to be music to the ears of fans of the L.A. duo. They have announced a new EP, shared a single from the project and have released dates for a few live shows. While their name has changed slightly (they were formerly known as simply Inc.), their relaxed, indie R&B sound has not. Their current single “Living” captures their familiar tone yet sounds fresh and evolved. We recognize their knack for carefully blending seemingly disjointed sounds to create a track that is both captivating and soulful. The complexity of the instrumentation is tempered by soothing vocals and minimal lyrics, leaving the listener time to ponder and bask in the feelings evoked by it all.

The upcoming EP, also entitled Living, is due to be released later this summer on August 18th on their own label No World Recordings and Quality Time Recordings. The latest project will serve as a follow-up their album As Light As Light, which dropped last year. Having made their debut back in 2010, it seems the duo continues to craft their sound with each new project. To add to the anticipation, they’ve announced upcoming concerts in New York City and Los Angeles in advance of the EP’s release.

Get your life, and give “Living” from Inc. No World a spin. Keep up with them on Twitter, Instagram and Facebook; pre-order the upcoming EP and check out their live show dates on their website.