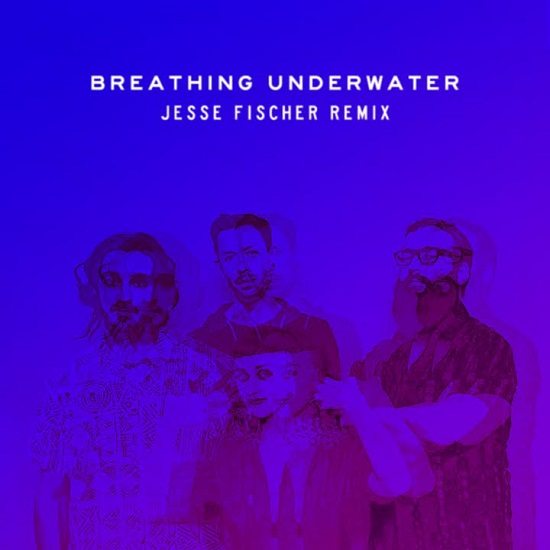 Hiatus Kaiyote's Choose Your Weapon may have dropped two summers ago, but that hasn't stopped us from playing it like it just came out. It also doesn't stop us from reliving the beauty of tracks like "Breathing Underwater" whenever some willing producer wants to add his/her own spin to the track. Speaking of which, musician/producer Jesse Fischer decided to give us all a thrill this week by offering up a two-step worthy house remix of the HK's sprawlingly beautiful track and we're more than happy to share it with you.

Of course, not enough can be said about how beautiful the original track is. From its Stevie Wonder-esque influences to Nai Palm's esoteric lyrics and the band's ability to weave complex musical textures around them, it was a surefire classic from the moment we pressed play. The same can be said of Jesse's remix. Rather than completely reinvent the soundscape, he takes elements from the original track while adding in some of his own, including an almost ever-present soul clap and slapping snares. Lastly, he builds off the thick bassline, accentuating it with his own melodic take, and takes few more musical liberties, adding heavenly chords and synth lines that echo Nai Palm's vocals as the track comes to a close.

Jesse did the damn thing with this refix of "Breathing Underwater." In fact, we double dog dare you to not hit a dance floor and shake that thing once you hit play below.