JP Cooper Has A Lot On His ‘Mind’ 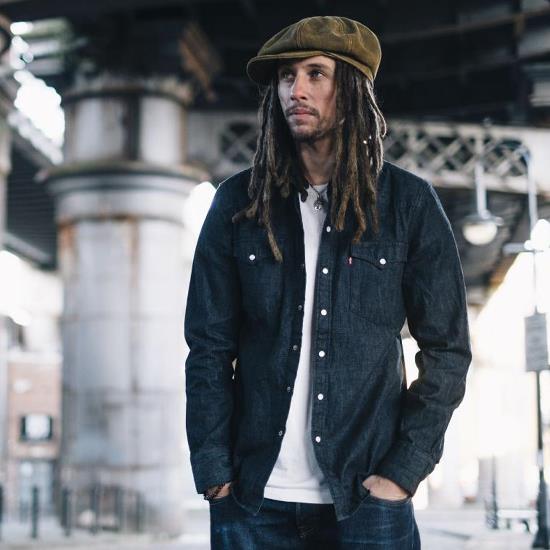 In the five years since our initial Bounce-Worthy introduction to JP Cooper, he's given us some noteworthy EPs and singles. So much so, that we're finding it hard to believe that the British singer/songwriter is only just now about to release his official full-length debut. Slated for a September premiere, Raised Under Grey Skies will feature a few favorites from his previous projects, but there's plenty of newness as well including his latest single "She's On My Mind."

The Manchester native emits Caribbean vibes throughout the mid-tempo synth jam with a reggae lilt. As the title suggests, Mr. Cooper can't stop thinking about a special lady...mainly because he played a clown (i.e. he was messing around) and let her down. Now he can't sleep at night because she's not by his side. Sounds like karma to us. But it's hard to stay mad while listening to JP's soulful vocals coast over rhythmic guitar and drums. And just imagine staring into those doleful blue eyes as he delivers a heartfelt apology. We're betting he'll have no trouble getting a second chance.

Groove along and get into the lyric video for "She's On My Mind" below. The track is currently available as one of four instant downloads (including "Passport Home" and "September Song") when you pre-order the standard or deluxe version of Raised Under Grey Skies. Scroll down for the full tracklist and be sure to follow JP Cooper on Twitter and Instagram as he plans to spend the fall touring across Europe, the UK and Scandinavia. Check his website for details and U.S. fans keep your fingers crossed that he'll make a return voyage stateside.


TAGS:  audio, JP Cooper
Previous: Diddy, Rick Ross & The Notorious B.I.G. Stunt On ‘Watcha Gon’ Do?’ Next: Tory Lanez & Trey Songz Have Some ‘Wild Thoughts’ Of Their Own