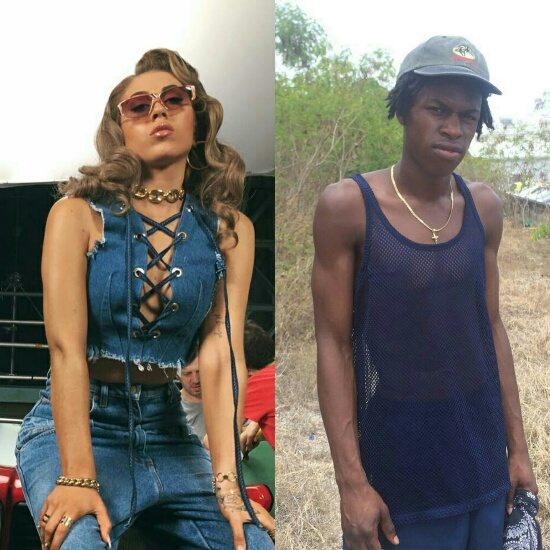 Singer, songwriter and up-and-coming creative force of nature Kali Uchis delivered a monster chill single for the summer with “Tyrant” featuring Jorja Smith. She followed up that single with a colorful video that got us even more excited. Continuing to one-up herself, Ms. Uchis has now recruited singer Daniel Caesar for the remix to the track. The duo previously collaborated on the sultry slow jam “Get You.” While that got us hot and bothered, will this remix to Uchis's surprise hit single get us equally in our feels?

For the most part, “Tyrant,” a “post-apocalyptic love song,” remains largely the same. The only difference is that Jorja Smith’s verse has been swapped for Daniel's. The Toronto singer uses his time on the track to confront his own growing stardom. While Daniel attempts to humble himself, it feels a bit egotistical to have a debate with yourself about your own greatness. Or, it could be him being deeply vulnerable. While that’s questionable, what isn’t is the fact that his contribution to the mid-tempo track is way too short. We’d like to listen to him talk in circles for at least 10 more seconds.

Information about Kali Uchis' upcoming album remains scarce. We probably won't learn anything new until later this summer. In the meantime, you can catch her on Tyler The Creator’s upcoming album, Scum F**k Flower Boy and on tour with Phony PPL. You can also check Daniel Caesar’s SoundCloud for the latest from the underground singer. For now, hit play and decide if Daniel's introspective verse makes him a “Tyrant.”