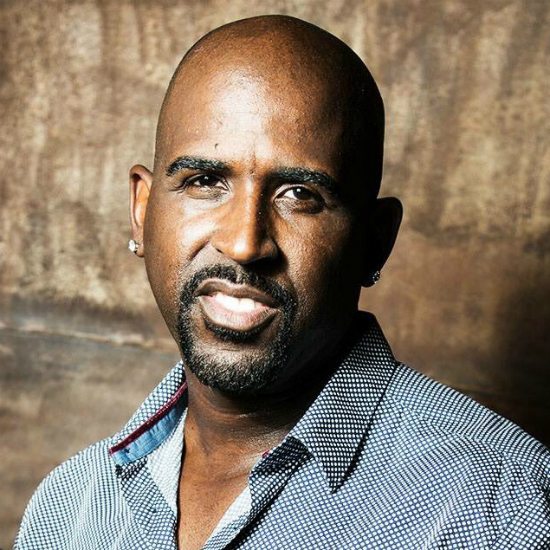 Remember Marc Nelson? He’s arguably one of the best singers of the ‘90s who no one remembers. But his songs might still touch your heart. The Philly native was the fifth member of Boyz II Men, but departed before “Motown Philly” had us doing the Roger Rabbit. He then showed up as part of the group Az Yet, who you might remember as the two-hit wonders with the quiet storm staples “Last Night” and “Hard to Say I’m Sorry.” He then went solo and released the minor hit “15 Minutes.” The singer went on to record more records and do numerous stage plays. But, like many of our faves from the '90s, including groups 112 and Jagged Edge, Marc is determined to not be an R&B footnote in this era with his new single “Wishing You The Worst.”

As you probably guessed by the title “Wishing You The Worst,” Marc is in his feelings about his ex. He just can't bear to see her happy with someone else. "Hope that he snores when you trying to get some sleep / And I hope after a long day at work he doesn't rub your feet." Marc isn’t quite as petty as most singers today; his lyrics are almost cute as he laments that he wants that old thing back. The song is very late ‘90s, when music went extra synthetic with more obvious electronic features and background harmonies very reminiscent of that era. However, while sometimes mining the past for inspiration feels like an exercise in disaster, Marc somehow makes it work.

“Wishing You The Worst” is the first single from Marc Nelson’s upcoming fourth solo album, which should be available for your throwback enjoyment sometime soon. You can also catch Marc performing with his former bandmates Boyz II Men in Las Vegas at the Mirage where the group is doing a residency. So, before Sam Salter announces his new single, hit play below and let us know if the ‘90s are back.