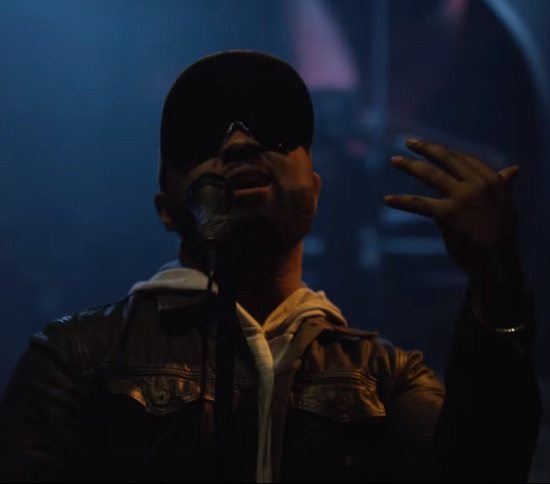 If you're a fan of Musiq Soulchild, then this is definitely your year. He kicked off 2017 by dropping off his single "Simple Things" in February and then quickly followed up with "Start Over" in April. Then he thrilled audiences alongside Kindred The Family Soul, Lyfe Jennings, Dwele and The Foreign Exchange on the Nu Soul Revival Tour. But if you thought that was all Musiq had in store for the year, you were wrong. The singer has revealed the name and release date for his upcoming album, Feel The Real, and has dropped videos for both "Start Over" and "Simple Things" to hold fans over until the album's release.

The clip for "Start Over" hews fairly close to the content of the song. Musiq runs into an old flame (who is played by his actual ex Kameelah "Meelah" Williams of 702 fame) and tries to get that old thing back. They chop it up a bit while both rocking denim 'fits throughout the video. Eventually, Musiq wines and dines her and even treats her to a show as he gets up on stage to perform the track with his band. His magic seems to be working, as by the video's end she gives him a standing ovation and the two of them are all smiles.

The same can't be said about "Simple Things." In that clip, Musiq is involved with a woman who's used to living in the lap of luxury. From fine hotels to expensive cars to sparkling jewels, you name it and she wants it. However, that just isn't who he is and some obvious tension forms in their relationship. It all boils over when his snooty girlfriend gets uppity with a child, bruising the youngster's feelings in the process. That's the final straw for our boy, who puts her back on the elevator they came up on and sends her on a one-way trip down.

Both "Simple Things" and "Start Over" will be featured on Feel The Real, which is set to drop on September 15th and will be a 24-track double disc affair. Looks like we have yet another reason to look forward to the fall. Check out Musiq Soulchild's latest videos below.