SoulBounce Exclusive: Sons Of Serendip Deliver An Emotional Visual For ‘This Woman’s Work’ 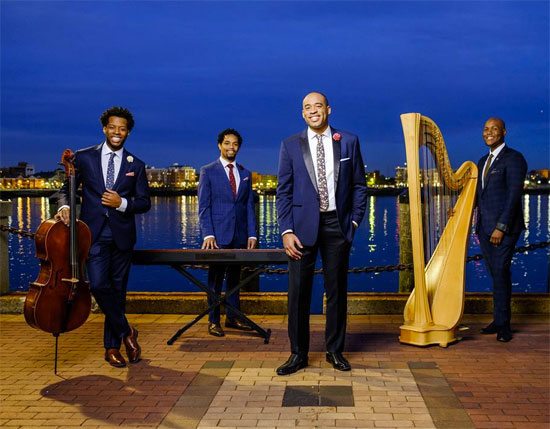 Sons of Serendip have come a long way since they were finalists on Season 9 of America's Got Talent in 2014. In the past three years, they have performed around the world, increased their fan base and released two albums, with a third on the way this week. The quartet will release Love + Life on Friday, July 14th, and the 14-song project will feature more of the perfect blend of classical music, pop and soul that we've come to love and crave from the group. Lead vocalist Micah Christian, harpist Mason Morton, cellist/second vocalist Kendall Ramseur and guitarist/pianist Cordaro Rodriguez sound as incredible as ever on the lead single from Love + Life, a cover of "This Woman's Work."

The song originally written and sung by Kate Bush in 1988 and famously remade by Maxwell in 1997 gets an update for today from Sons of Serendip. The group's rendition will bring to mind Maxwell's version being sung from the point-of-view of a man with Christian's searing vocals and the incorporation of Morton's soothing harp pulling the listener in. The song was self-produced by the band who never cease to amaze in front of the mic or behind the boards.

Equally enthralling is Sons of Serendip's music video for "This Woman's Work." The group takes a time out for the clip, which focuses instead on the relationship between a father and daughter in the aftermath of separation. Directed by SOS member Cordaro Rodriguez, he shares why he chose this direction for the treatment. "The vision was to capture an aspect of life and love. Specifically, it was to capture the immense love and admiration a father has for his daughter as he witnesses her cope with the painful and strenuous realities of being in a separated family." Rodriguez keeps it a family affair in the video with his brother, visual artist Maguerico Nye, and his daughter Kaiden starring as the father and child at the center of it all. They share tender scenes together during their visitation time, and she even joins her father to paint. Their happy time together is interrupted when she has to return home to her mom, and the reality of their new normal is faced. A tumultuous argument between the on-screen exes happens later in the visual that causes the daughter to lose it, culminating in an emotional ending between the girl and her father as they complete the painting they started earlier.