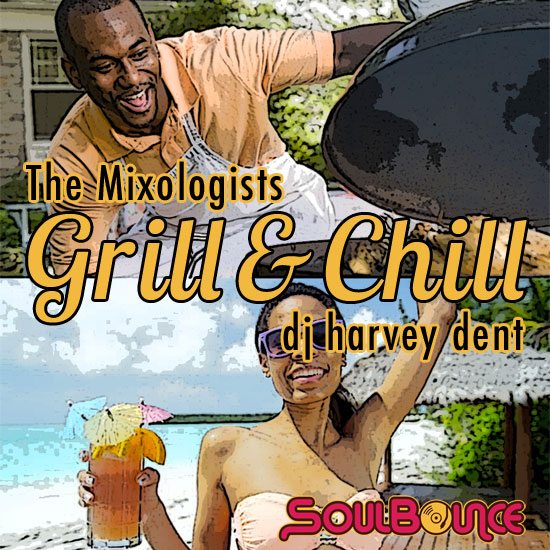 It's summertime and the living is easy, especially as we prepare to celebrate the Fourth of July. Some of you might be prepping the grill as we type, while some others might be getting ready to chill on the beach or by the pool. Either way, you're going to need a soundtrack. But don't even worry about any of that, because we've got you with a new Mixologists mix from dj harvey dent — and this time around, he's giving you old school with a twist.

Our resident DJ has whipped up something special with the appropriately-titled Grill & Chill. He's laced the mix with old school cuts and classic jams that will be very familiar to lovers of R&B, soul and jazz. The Jackson 5, Marvin Gaye, Maze featuring Frankie Beverly, The Jones Girls, Patrice Rushen and more are all included, taking us on a musical journey that's perfect for enjoying friends, family and warm weather. However, if you listen closely, you'll realize that there's another dimension to this mix. Each song selected has had a second life as a prominent sample in some of our favorite tracks. Of course, we're not gonna spoil which joints sampled these jams, but we're sure you'll realize once the groove hits.

So, whether you're getting your grill on in the backyard or you're chill on at the beach or pool, dj harvey dent's Grill & Chill has exactly what you need. Check out the stream and tracklist below and don't forget to grab the free download.