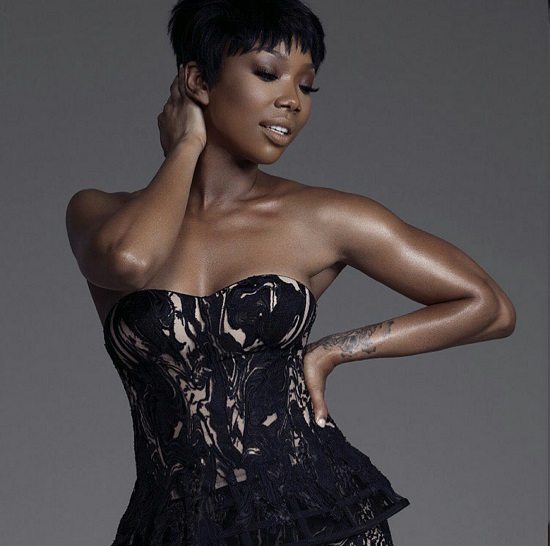 We love Brandy, Lord knows we do, but she might want to back away from the 'gram for a while. The "Put It Down" singer unknowing started drama when she posted a throwback pic of herself hugged up with Mariah Carey. However, the pic wasn't the problem, it was her inclusion of the hashtag "#SheKnowsMe." This didn't sit well with fans of Jennifer Lopez, who, if you follow years-old gossip, was the original target of Mariah's epic "I don't know her" shade way back in the early 2000s. B-Rocka of course denied any shadiness, but did make sure to highlight Mariah's comment on the picture with another IG post that she disabled the comments for. Issue over right? Wrong. Apparently, her one-time friend and singer Tiyon Christian felt that the MC post might have been coming for him and a recent Mariah cover he did. Oy vey. This prompted Brandy to rattle off a text to her frenemy to remind him that "I am never speaking about you unless I am and I will use your name and your number to do so." How do we know this? Because Tiyon leaked the text on Snapchat, prompting Brandy to post the whole thing on IG for clarity's sake and even address it during her guest-hosting gig on The Talk. All this from posting a Mariah pic? Sheesh.  #SoMuchDramaOnTheIG