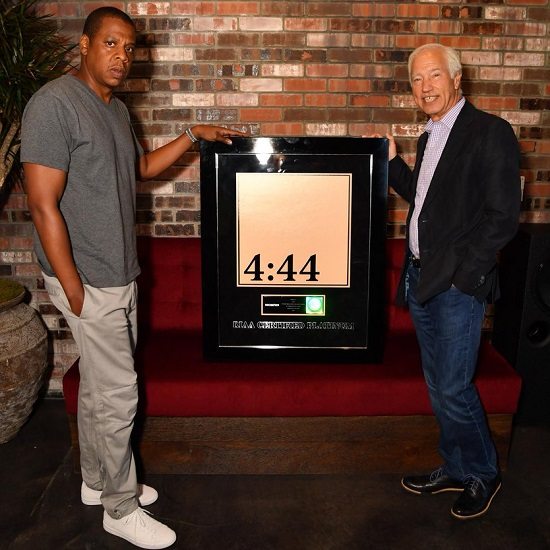 It's safe to say that most of this week has been dominated by JAY-Z's latest opus 4:44. Whether folks were talking about the album, the production, the lyrics or the controversy, everybody was talking about it. Apparently, everybody was listening too, as the album has gone platinum. We know you're saying, "Wait, the album was only available for streaming on TIDAL. How Sway?" Well, it wasn't necessarily the streams that got him the plaque. If you'll recall, the album was also tied to an exclusive deal with cellular company Sprint. Sprint also offered free downloads of the album on July 2nd at 444.tidal.com. Those downloads, it turns out, were purchased by Sprint for distribution. So, it was actually those downloads, not the streaming numbers, that gave Hov that platinum edge. That being said, it's still a dope look for what some are hailing as JAY's most personal album yet. #CantKnockTheHustle