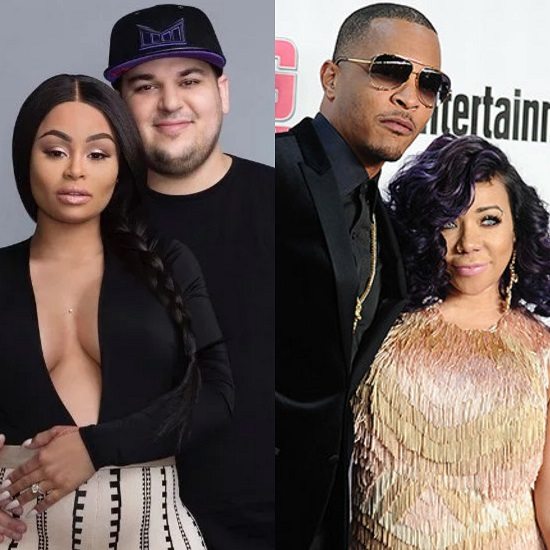 Yes we, like you, are tired of this foolywang going on between Rob Kardashian and Blac Chyna and couldn't really care less about what they do on the 'Gram. But then they had to bring T.I. and Tiny into the mix in the most scandalous way possible and make this relevant to our interests. It all started after Rob went on his posting spree on the 'Gram in the latest round of drama between the dysfunctional co-parents. For some odd reason, T.I. felt it was his business to comment on one of Rob's posts, writing, "Why bring ya business to IG tho? Look, You got worked bro.... but at least keep it to yourself" before throwing out some odd references to ducks and advising him to look after hid daughter, Dream, instead. We guess Rob has an aversion to ducks, because that's all it took for him to drop a bombshell.  "Since TI wanna chime in on business that don't concern him let's talk about the threesome you had with Chyna and your baby mama Tiny," Big man Rob wrote. "Don't speak on my daughter when u having threesomes with young Chy and Tiny ::: and I put that on my daughters life since u wanna speak on my daughter,,, damn shame." Oh. My. Damn. Rather than clap back directly, T.I. opted to let a picture of a boxer dodging a punch to do the talking. Might we suggest just minding your own business, next time, Tip? #ThatEscalatedQuickly