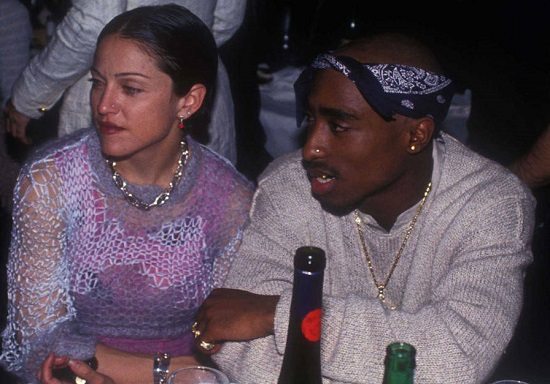 With his biopic All Eyez On Me recently released, it's no wonder that any new revelations about the life of Tupac Shakur are of high interest. But the latest revelation about his life has raised some eyebrows. It's no secret that Pac once dated pop sexpot Madonna way back when, but a handwritten letter that Pac wrote detailed why the pair split up. Spoiler: It's because she's white. Well, sorta. “For you to be seen with a black man wouldn’t in any way jeopardize your career, if anything it would make you seem that much more open and exciting,” he wrote in the letter. “But for me, at least in my previous perception I felt due to my ‘image,’ I would be letting down half of the people who made me what I thought I was.”  Interesting. The letter will be auctioned be auctioned off July 19-28 with a starting bid of $100,000 by Gotta Have It Rock and Roll, so if you want to own a very personal piece of Pac memorabilia, here's your chance. #DamnPac #WheresTheLieTho