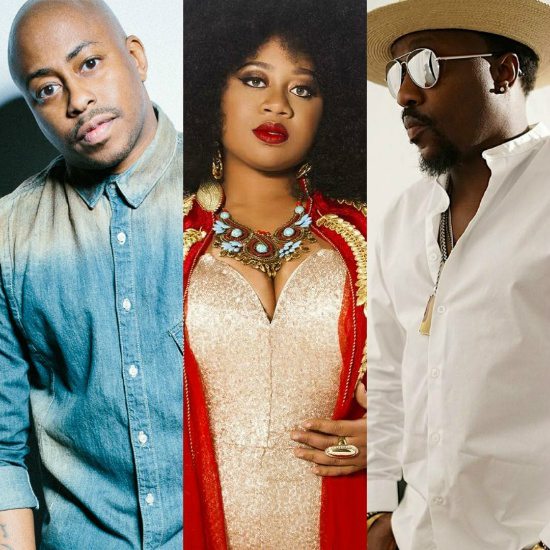 August is rapidly drawing to a close, which means that the end of summer isn't too far behind. It goes without saying that you gotta make sure to make the most of the last weekend of the month. If you live in the Baltimore/DMV area, then we have the perfect suggestion for how you should spend the night of Saturday, August 26th at least. We highly recommend taking a trip to the Baltimore Harbor and going to Pier Six Pavilion to catch La'Porsha Renae, Raheem DeVaughn and Anthony Hamilton in concert. These three SoulBounce faves are sure to bring the soul, the funk and so much more during an amazing night of live music under the stars.

We've seen AHam and Raheem more times than we can count, but we cannot wait to check out La'Porsha Renae live and in person for the first time. The American Idol phenomenon wants to make sure  that fans who were introduced to her on the reality show come out to see that she's the real deal. La'Porsha has been kind enough to give us a pair of her personal tickets to give away to one lucky Baltimore Bouncer. Enter to win these tickets on the next page now.

If you want to ensure that you don't miss this sure to be unforgettable show, tickets may also be purchased via Ticketmaster.