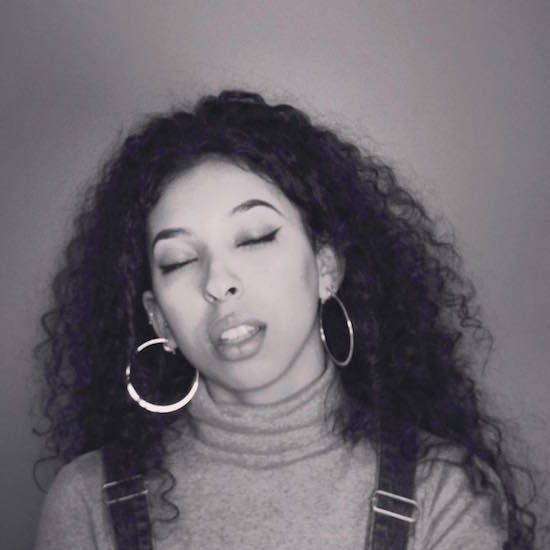 While the search for more info yielded few personal details about the enigmatic singer, what we did discover is that Hana is definitely a force to be reckoned with. A singer her entire life, she first cut her teeth in the industry in theater, before turning her attention to releasing her own material in 2015. In that short period of time, she's quietly released several tracks that encompass the range of her musical influences, which include Sade, Musiq Soulchild, Lauryn Hill, Amy Winehouse, Faith Evans, Michael Jackson, and Frank Ocean to name a few. "So Long," a cheeky mid-tempo number, reveals that she is more than capable of holding her own on a track that could probably overtake a lesser-skilled vocalist. The sugary, coyness of her vocals on "Be With U" gives way to a throatier, forward delivery as she offers up an ultimatum to an errant lover. She stays on the same path on "Mr. Jones," another thumping mid-tempo jam that provides further room for the newcomer to put her vocal abilities on display. Relationships and their various stages are a recurring theme in Hana's music. "24/7," the first song posted on her SoundCloud page, finds her shooting her shot at someone who has caught her eye.

Fans of the popular online British show #HoodDocumentary (which also spawned this popular meme) may recognize Hana for her comedic turn as Rachel, the apple of the show's protagonist's eye. Despite her budding acting career, she is still finding the time to work on new music and tells SoulBounce that she hopes to release a short project within the next few months, in addition to dropping an EP by the end of the year. Whether she's flexing her acting chops or showcasing her dynamic sound, one thing's for certain — Hana will be around for quite some time.