The CrossRhodes Pledge Allegiance To Their Version Of ‘America’ 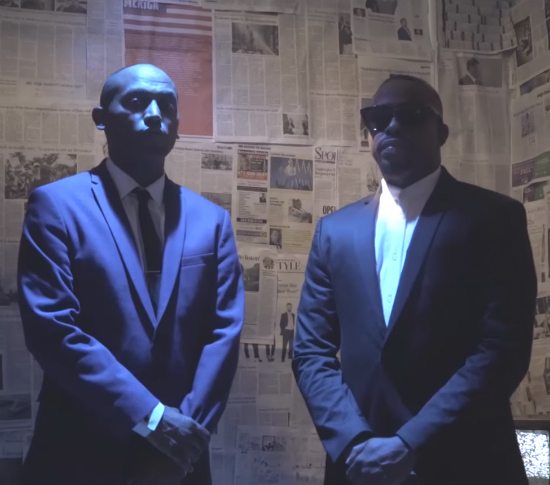 The CrossRhodes inspire us to stay woke with their latest video for the song "America." The DMV duo, comprised of Raheem DeVaughn and Wes Felton, released the track back in November, inspired by the death of Freddie Gray as part of their mixtape The Great Debate: A Country Divided. They skillfully take "America The Beautiful" and flip it upside down to create a thought-provoking single you won't forget.  The music video shows their activism in action through powerful graphics and a storyline we've been watching play out on our screens lately.

The video directed by Scholastic Vision, starts with a beautiful poem from Raquel Ra Brown, asking "What is America?" Juxtaposed with a collage of images of youth in the city, the video later moves into an iconic speech from Dr. Martin Luther King Jr. about the emancipation proclamation. Once the music starts, you're forced to explore history and the current times through the vision of the group. The focus of the video, besides the duo being suited and booted like '60s civil rights activists, is a young man unfairly targeted by the police. "We say we wanna be equal / But we kill our people / We say they lost their way / But we failed our children," sings Raheem. Wes provides thoughtful wit in his verses, questioning America's system, as the video ends with Raheem soulfully singing the end of the national anthem.

The CrossRhodes are about to hop off The Great Debate Tour, ending in Baltimore on August 31st. After that it looks like they're prepping for the official release of Footprints On The Moon. The new album will be available in stores and via streaming platforms on September 22nd and features the likes of Scarface, 9th Wonder, Talib Kweli, Chaz French and Rapsody. Watch the new video for "America" below to see the land of the brave and home of the free through the eyes of The CrossRhodes.