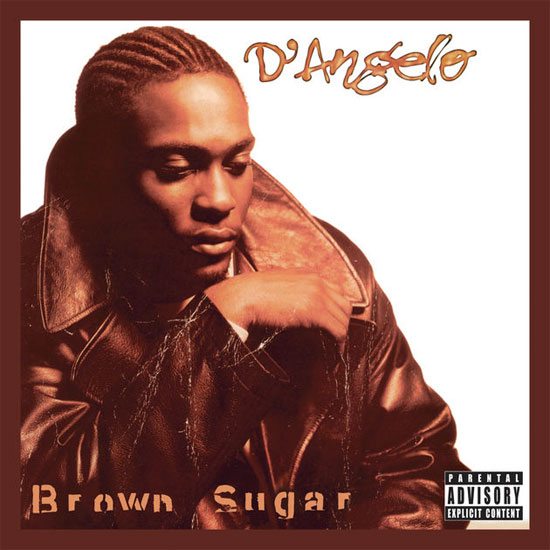 Ever since D’Angelo announced the release of the remastered Deluxe Edition of his debut album Brown Sugar, we’ve waited with bated breath for this day to come. Yesterday, he pleasantly prepped our musical pallets for something sweet with the release of three remixes that would be featured on the project, including "Brown Sugar (Incognito Molasses Remix)," "Cruisin' (Who's Fooling Who Mix)" and "Me and Those Dreamin’ Eyes of Mine (Two Way Street Mix)." Though the three tracks were previously featured on 12-inch promotional singles following the 1995 release of this classic, the samples simply added to our excitement.

Now, Brown Sugar [Deluxe Edition] is officially here and the 31-track masterpiece features the remastered studio album, five bonus tracks and 16 remixes, plus a 20-page booklet with rare photographs and an essay by filmmaker/author Nelson George with his take on the innovative and influential album. The bonus tracks include a cappella versions of his lead single “Brown Sugar” and “Me and Those Dreamin’ Eyes of Mine.” Each serves as a special treat for the ladies, as they sound as if he’s singing directly into the listener's ear, complete with sexy ad libs. DJs will find renewed motivation to create their own remixes after spinning the instrumental versions of "Brown Sugar” and the "Just Tha Beat" version of “Lady,” mixed by DJ Premier and previously showcased in the music video for the hit single's remix that featured cameos of Faith Evans, Erykah Badu and a very pregnant and stunningly sexy Joi.

The second CD of the two-disc release continues to satisfy our sweet tooth with more remixes of the official singles from the classic album that are fit for both your summer wind-down soiree or sexy adult time.  Two of the standouts include the "Dreamy Remix" of “Me and Those Dreamin’ Eyes of Mine,” remixed by Erick Sermon and featuring a reference of Common's "I Used To Love H.E.R.," and the aptly titled “WET Remix" of D’Angelo’s cover of the Smokey Robinson classic “Cruisin'.” Stateside fans are also treated to remixes previously released only in the U.K. on 12-inch and maxi singles including the "Dollar Bag Mix" and "Soul Inside 808 Mix" of “Brown Sugar” and the "2B3 Shake Dat Ass Mix" and "CJ Mackintosh Radio Edit" of “Lady.”

Admittedly, we were a bit skeptical upon hearing the news that D’Angelo was re-issuing a deluxe edition of his classic debut album.  Though a few of the remixes might be new to some, its been almost three years since we were blessed with the greatness that was Black Messiah. With all the creative juices that flowed from that album, it was obvious that D'Angelo still has plenty of music inside of him and we are about ready for a fresh batch. However, as we celebrate 22 years and counting of Brown Sugar, we can’t be mad. The Brown Sugar [Deluxe Edition] brings back memories and will certainly help to create new ones.