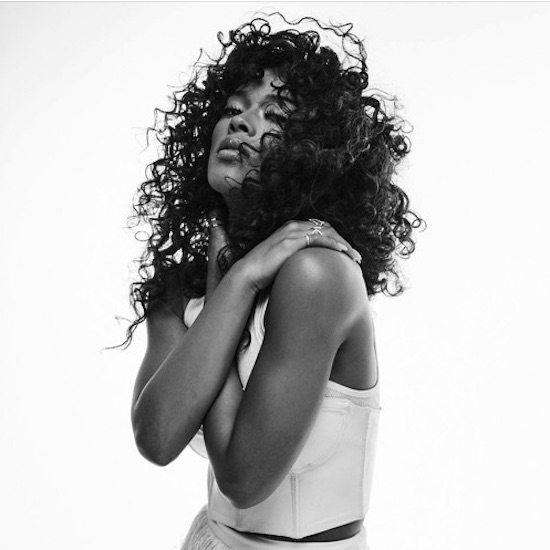 We still have a little over a month to go until the fourth season of the hit television show Empire premieres on FOX. However, that doesn't mean that we'll have to wait until the musical drama returns to hear new music from one of its stars. Serayah, who portrays Hakeem's on-again-off-again girlfriend and singer Tiana Brown, has already proven that she has the talent to deliver with her show-stopping numbers on the show. Now, she's out to prove that she also has what it takes to succeed beyond the television series with the release of her debut solo single, "Driving Me."

Produced by Jazze Pha, who is also featured as the song hype man of sorts with his punchy ad libs, the song is just what the doctor ordered as we head into the final days of summer. The track opens up with just the tinkling of some piano keys before segueing into a plush, light-hearted bop that is perfect for a day of cruising around with your girls. Serayah is sure to draw comparisons to Rihanna thanks to her sassy and throaty delivery.

"Driving Me" is the first solo offering from the singer/actress, who is reportedly hard at work on her upcoming album. After inking her deal with Columbia back in 2015, where she joins her Empire co-stars Jussie Smollett and Bryshere Y. Gray, the as-yet-untitled album will mark Serayah's official foray into the music game outside of her role on the hit show. Take this little ditty for a spin and see if it doesn't inspire at least one sing along session thanks to its catchiness.


TAGS:  audio, Bryshere Y. Gray, jazze pha, Jussie Smollett, rihanna, Serayah
Previous: This Week In SoulBounce: Usher’s Saga Continues, Janet Jackson Is On Her Way Back, Brandy Has Had It Up To Here & More Next: Jessie J Is Back With The ‘Real Deal’