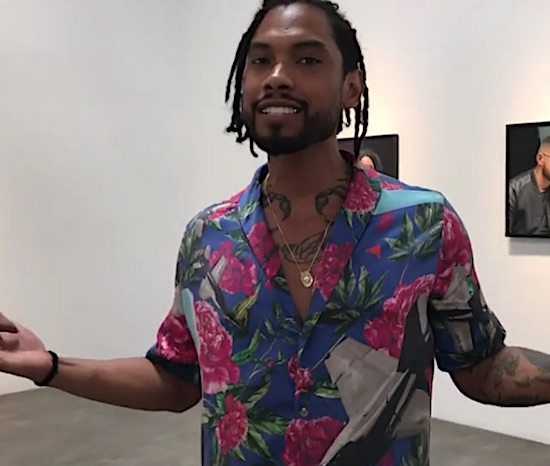 SZA's CTRL has been slaying lives and taking names all across the land. It has become the weekly soundtrack to one our fave shows, Insecure, and has Diddy losing his mind on Snapchat. Now, young SZA has inspired yet another musician to get in his feels. R&B star Miguel supplies us with his take on the album track "The Weekend" as part of his Wildheart Wednesday Instagram cover series.  The "Coffee" singer has been blessing IG with quickie remakes of a few different songs over the past few weeks, including Andre 3000's "Pink & Blue" and Charlie Puth's "Attention." This week it was SZA's turn to get that refix work.

In the way-too-short clip, Miguel is seen walking around a gallery on his Art Dealer Chic. He begins singing "The Weekend" and gracefully hits every note, capturing the vibe of the song from the P.O.V of the side dude. Now, to call it a cover is a bit of hyperbole. It's more like when you catch a friend singing along to themselves in a quiet moment. Watching Miguel almost feels like eavesdropping, and it also feels like glory. SZA herself probably had the best description of Miguel's version of "The Weekend," calling it "THE CASUAL SLAY" when she shared it on her own Instagram feed.

While Miguel's Instagram page is private, we were lucky enough to snag the short clip from SZA's account to share, along with a YouTube rip. We're eagerly waiting for the newly dreadlocked singer to give us the news about when we can expect a follow up to WILDHEART. He's had us ready and waiting since leaking "Come Through And Chill" and "How Many" in 2016 and equally excited with his DJ Premier collabo "2 LOVIN U" from earlier this year. The only thing we know for certain is that Miguel is "in the studio." Until we get a definitive answer, we'll just have to settle for Insta-crumbs as he continues doing covers, with The Isley Brothers next on the menu.