Miguel & Travis Scott Party, Vibe And Shake Off The Haters In ‘Sky Walker’ 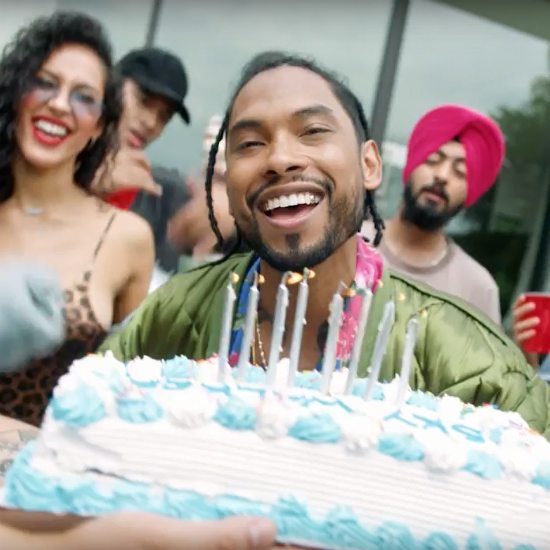 Singer, songwriter and SZA cover artist, Miguel has been threatening us with a new album for awhile now. He’s released a loosie here and there, but for the most part, he’s been keeping it cool. But judging by the first single from his upcoming untitled album, him being cool is part of his new vibe. His latest, “Sky Walker” featuring his "Waves" collaborator Travis Scott, finds the L.A. native rising above the haters, as he’s too busy living life for anyone to bring him down.

Working with frequent collaborator Happy Perez, “Sky Walker” shows fans another side of Miguel that we haven’t seen before -- the fun, carefree California dude. He lets you know from jump he’s not here for BS unless it’s partying and bulls**t, with the opening line, “Quick to dead the bull like a matador.” While not his most creative lyric, it works in context of the track and its very important mission of staying chill at all costs. Travis Scott has a few cheeky lines himself, such as “I can f**k you with my chain / You should take a look, yeah / Come and catch a wave, take one out my cup, yeah.”

For the video, Miguel invites us over to his crib for little an intimate gathering between him and a few dozen of his closest friends. Shot by esteemed director Little X, Miguel is loose and carefree. The clip opens with Miguel wearing a beret and holding a matador cape referencing the aforementioned opening line. We’re then treated to a number of literal interpretations of the lyrics, including blatant marijuana usage, rapping on cop cars, bubble baths, birthday cakes and having fun with that one friend who has the audacity to fall asleep at the party. The only thing we don’t get is him cosplaying as Luke Skywalker. But then again, he might have been referring to Luther Campbell, which given the abundance of ladies in the video, he perfectly captured the spirit of.

While a little late for a summer anthem, “Sky Walker” is a nice mellow, carefree track that many will be happy to drink, smoke, party and kickback to. Hit play below and get into Miguel’s new mellow vibe.